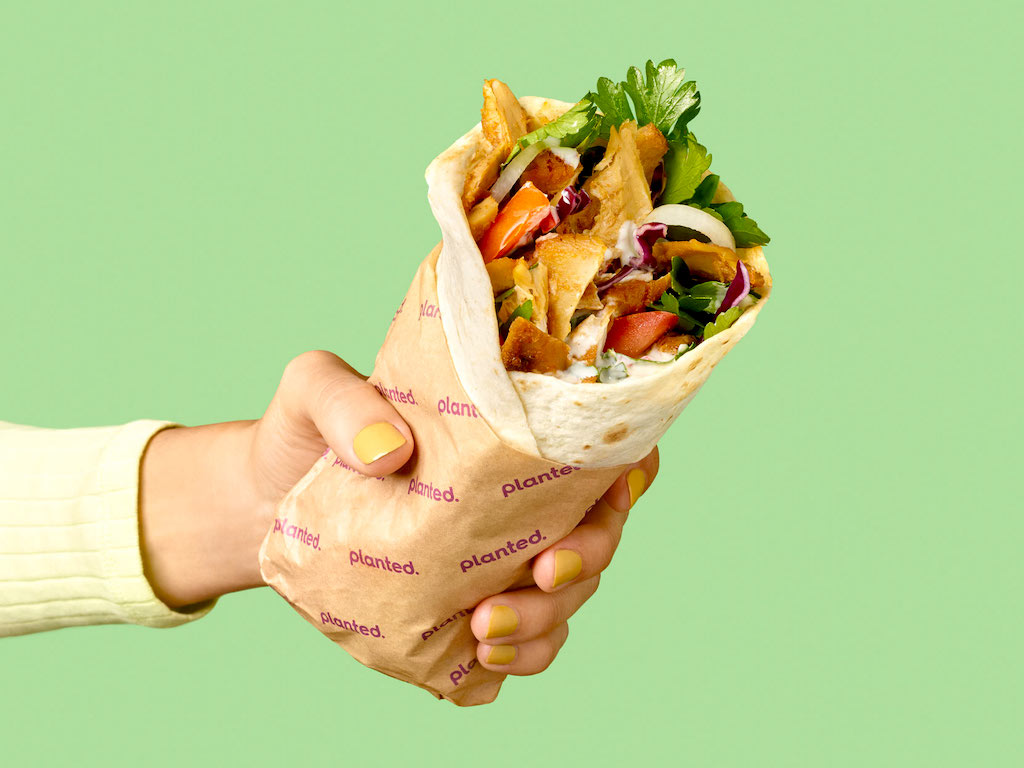 Swiss alternative protein company Planted has raised its second round of the year, a CHF 19 million (about $21 million at present) “pre-B” fundraise that will help it continue its growth and debut new products. A U.S. launch is in the cards eventually, but for now Planted’s exclusively European customers will be able to give its new veggie schnitzel a shot. Planted appeared in 2019 as a spinoff from Swiss research university ETH Zurich, where the founders developed the original technique of extruding plant proteins and water into fibrous structures similar to real meat’s. Since then the company has diversified its protein sources, adding oat and sunflower to the mix, and developed pulled pork and kebab alternative products as well. Over time the process has improved as well. “We added fermentation/biotech technologies to enhance taste and texture,” wrote CEO and co-founder Christoph Jenny in an email to TechCrunch. “Meaning 1) we can create structures without form limitation and 2) can add a broader taste profile.” The latest advance is schnitzel, which is of course a breaded and fried piece of pounded-thin meat style popular around the world, but especially in the company’s core markets of Germany, Austria and Switzerland. Jenny noted that Planted’s schnitzel is produced as one piece, not pressed together from smaller bits. “The taste and texture benefit from fermentation approach, that makes the flavor profile mouth watering and the texture super juicy,” he said, though of course we will have to test it to be sure. Expect schnitzel to debut in Q3.

It’s the first of several planned “whole” or “prime” cuts, larger pieces that can be prepared like any other piece of meat — the team says their products require no special preparation or additives and can be dropped in as 1:1 replacements in most recipes. Right now the big cuts are leaving the lab and entering consumer testing for taste tuning and eventually scaling. The funding round came from “Vorwerk Ventures, Gullspång Re:food, Movendo Capital, Good Seed Ventures, Joyance, ACE & Company (SFG strategy) and Be8 Ventures,” and was described as a follow-on to March’s CHF 17M series A. No doubt the exploding demand for alternative proteins and growing competition in the space has spurred Planted’s investors to opt for more aggressive growth and development strategies. The company plans to enter several new markets over Q3 and Q4, but the U.S. is still a question mark due to COVID-19 restrictions on travel. Jenny said they are preparing so that they can make that move whenever it becomes possible, but for now Planted is focused on the European market. (Update: This article originally misstated the new round as also being CHF 17M — entirely my mistake. This has been corrected.)