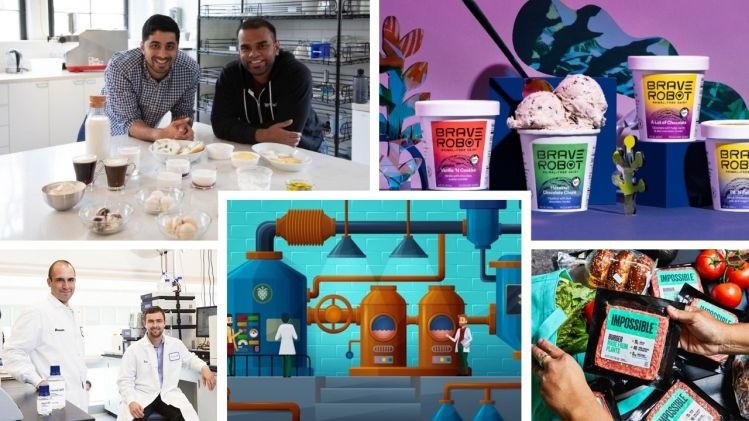 Transformation. Potential. Momentum. These are some of the words frequently used to describe the opportunity of alternative proteins. And in 2020, alternative proteins gained even more traction as records were set in global sales, investments, and new company launches. GFI’s freshly launched 2020 State of the Industry reports analyze the commercial landscape, investments, scientific and technological developments, and regulatory and government activity across plant-based, cultivated, and fermentation-enabled platforms. They demonstrate that alternative proteins have clear potential to transform the trillion-dollar meat market, and show why now is the perfect time for companies and governments to invest.

1. The number of alternative protein companies around the globe is growing rapidly.

In 2020, dozens of new alternative protein companies launched across all three sectors.

2. Cultivated meat arrived in the marketplace.

Singapore became the first country to approve the sale of cultivated meat.

4. 2020 was a breakout year for precision fermentation.

2020 was the first year that consumers have been able to buy animal-free, genuine dairy products made with precision fermentation.

6. Alternative proteins have clear momentum in beef and chicken. What’s next? Offering a critically needed reprieve for overfished oceans and at-risk biodiversity with alternative seafood.

There are now more than 60 companies across plant-based, fermentation, and cultivated platforms that have alternative seafood in their product pipeline.

7. The dollar growth of plant-based meat, eggs, and dairy at retail continues to outpace that of conventional animal products.

The global plant-based meat market grew to $4 billion, and all-time high, according to data GFI commissioned from Euromonitor.

8. In addition to the Singapore cultivated meat regulatory approval, 2020 saw key legal wins and setbacks as the regulatory landscape continues to unfold.

Fair public policy and an even regulatory playing field is essential for alternative proteins to succeed.

9. Scientific and technological developments continue to advance a promising future for alternative proteins—but more investment in R&D is needed.

Even with all of this promising activity, alternative proteins remain a small fraction of the global meat market—less than 1 percent. A moonshot for alternative proteins could accelerate R&D, product development, scaling, and commercialization. GFI’s two-page U.S. policy recommendations show how investing in alternative proteins will create jobs, spark infrastructure growth, and yield climate, global health, and food security dividends for decades to come. Hungry for more? Watch our webinars analyzing the 2020 State of the Industry:
Plant-based meat, eggs, and dairy webinar
Cultivated meat webinar
Fermentation-enabled meat, eggs, and dairy webinar