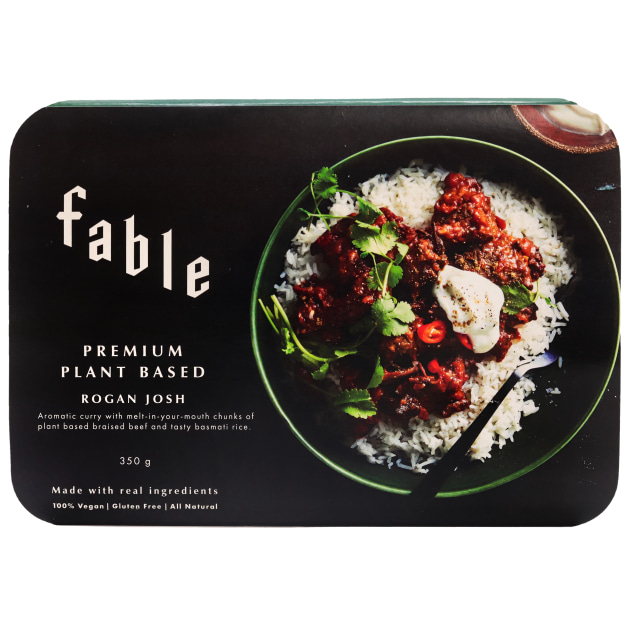 Sydney, Australia-based Fable Food is the latest plant-based food startup to announce funding. The company, which uses mushrooms in its meat alternatives, has raised $6.5 million AUD (about $4.8 million USD) in a seed round led by Blackbird Ventures, the Australian venture capital firm whose portfolio also includes Canva, Culture Amp and SafetyCulture. Other participants included agriculture and food tech venture firm AgFunder, sustainability-focused Aera VC and Better Bite Ventures, along with Singapore-based produce importer Ban Choon Marketing and former Sequoia Capital partner Warren Hogarth. Fable is preparing to launch in the United States by the end of this year. In Australia, its products are available at retailers like Woolworths, Coles and Harris Farm Markets, along with restaurants including Grill’d, which recently started serving its Meaty Mushroom Burger Pattie at 136 locations. Fable’s products are also available at restaurants in Singapore and the United Kingdom. The startup was founded in 2019 by fine dining chef turned chemical engineer and mycologist (mushroom scientist) Jim Fuller, organic mushroom farmer Chris McLoghlin and Michael Fox, whose previous startup was Shoes of Prey. Fox, Fable’s chief executive officer, told TechCrunch in an email that after being a vegetarian for six years, he recently became a vegan “for a mix of health, environmental and ethical reasons.” “Talking to my friends and family, a lot of people want to reduce their meat consumption for the same reasons but they find it challenging because they love the taste and texture of meat and giving it up is hard,” Fox said. He wanted to find a way to make it easier for people to transition to plant-based foods, and spoke to several chefs who suggested using mushrooms as a base ingredient. Then Fox met Fuller and McLoghlin, who were in the process of developing meat alternatives using mushrooms.

“When we met, we realized we shared the same values and goals and had complementary skill sets,” said Fox. “We shared a common desire to help end industrial agriculture and wanted to make our food system more ethical, healthy, sustainable and lower its greenhouse gas emissions.” Fable’s first products include a substitute for pulled pork, braised beef and beef brisket (Fuller grew up in Texas eating slow-cooked meats and wanted to recreate the experience), along with a line of ready-made meals. The company uses shiitake mushrooms, which Fox explained are “very flavorful with their natural umami flavors, they are a slow-growing mushroom so they naturally have the fleshy fibers that give the meaty bite you typically get from animal proteins, and have the right chemical composition that when cooked allow us to taste flavors that are found in animal products.”

Fuller serves as Fable’s chief science officer and the startup leverages his experience as a chef/chemical engineer/mycologist to create the right combinations of flavor, aroma and texture while keeping processing and ingredients to a minimum. For example, its braised beef alternative is made with shiitake mushrooms, seven other ingredients and salt and pepper. Fable also announced today it has appointed Dan Joyce, who was previously safety and compliance software company SafetyCulture’s general manager of Europe, the Middle East and Africa, as chief growth officer to head global sales and marketing. It will launch in the U.S. through a combination of partnerships with restaurants and meal kit companies.

Other startups that use mushrooms as basis for meat alternatives include Meati and AtLast. Fox said a main difference is that those two startups ferment mycelium, or the root structure of fungi, instead of using mushrooms, which are the fruiting body of fungi. Fable’s new funding will be used for research and development, expanding its production and manufacturing capacity in Australia and other countries. The company is keeping its product pipeline under wraps for now, but Fox said it plans to develop mushroom-based substitutes for pork, chicken, lamb and other animal proteins.