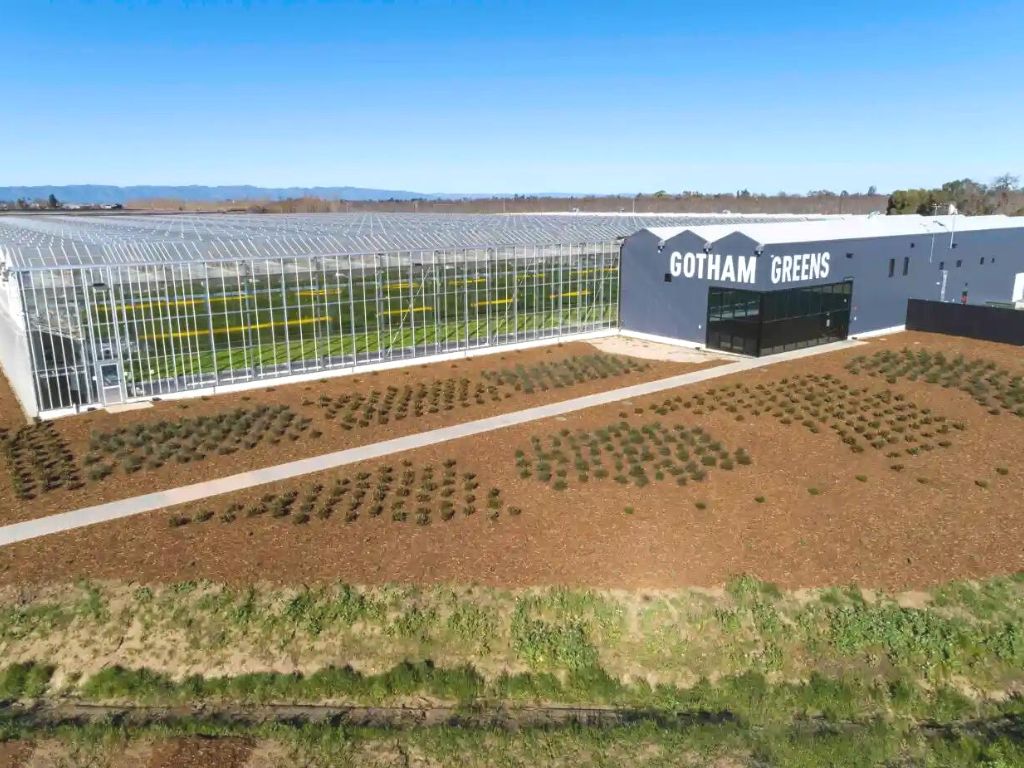 Gotham Greens, the New York-based producer of greenhouse-grown greens and products including dressings, dips, and sauces, has just raised $310 million in a Series E funding round to lead its U.S. expansion plans.

“Today, our ambitions and footprint are outgrowing our roots in the best way, and we’re humbled to receive this funding from new and existing investors to continue our national expansion in order to reach our goal of delivering Gotham Greens fresh produce within a day’s drive from our greenhouses to 90 percent of consumers across the U.S.,” co-founder and CEO Viraj Puri said in a statement.

The company is working on three new greenhouse locations in Texas, Georgia, and Colorado. The funding will support expansion plans for Chicago and the Northeast. It also has eyes on locations in California, New York, Maryland and Colorado.

By 2023, the company expects to own and operate 13 locations across nine states totaling about 40 acres of growing space. It plans to double its greenhouse growing capacity to more than 1.2 million square feet this year.

Part of the interest in greenhouse-grown greens is a reduced risk of pathogens and other contaminants that can affect field-grown greens.

But the company is pushing the sustainability angle the hardest and decentralizing growing operations while bringing them closer to cities. With placement in more than 3,000 grocery stores in the U.S. already, the new Gotham Greens’ facilities will help it reduce transport time to less than a day per location.