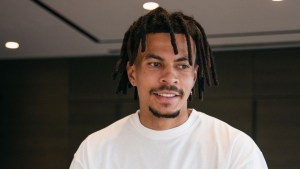 It’s part of a staggering $30 million in its initial seed investment round. As a result, the Singapore-founded company is eyeing expansion into the US.

Alli currently plays for the England squad and Tottenham Hotspurs. Among the other investors are Global Fund GGV Capital, Bits x Bites, Yeo Hiap Seng, and Chris Yeh. It’s first investment into vegan chicken for Global Fund GGV. Following a $10m round in February, the company extended to secure a further $20m. Moreover, Next Gen Foods claims this to be the largest ever funding for a plant-based start-up. Now the brand is bringing TiNDLE chicken to the US, and will hire more than 50 employees to scale research and development, marketing, and finance.

CEO Andre Menezes said: “The United States is the world’s biggest market for plant-based foods. We are already putting our foundations in place to be in-market within the next 12 months as we accelerate our goal of becoming the world’s number one plant-based chicken. “The outstanding response from both existing and new investors shows their confidence in our innovative technology, highly scalable business model, differentiated taste experiences and the ability of our team to make TiNDLE a market leader in the US.” Each 100g pack of TiNDLE vegan chicken is packed with 17 grams of protein. Additionally, it’s made from textured soy and wheat protein.