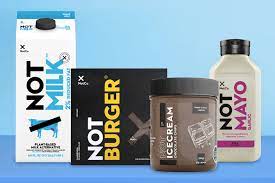 The demand for plant-based food shows no signs of slowing down, and investors are keen to keep up.

As such, innovators in the vegan meat and dairy fields are attracting impressive investments, from venture capital firms and celebrities alike. Here is the latest news in the vegan business world.

NotCo is the creator of A.I. technology that produces realistic plant-based food. It uses the technology, which is said to be the first of its kind, to create vegan ice cream, milk, and meat. The food tech company has procured $235 million in a Series D funding round led by Tiger Global. DFJ Growth Fund and ZOMA lab are participating, along with athletes Lewis Hamilton and Roger Federer and musician Questlove. NotCo’s valuation is now $1.5 billion.

V2food to expand in Asia after bagging $54 million

Australian vegan food tech v2food just secured AU$72 million (US$54 million) in a series B Plus round. The Sydney-based company – which produces vegan pork mince and sausages – is now valued at more than AU$500 million. V2Food said it would use the funds to boost its global expansion, namely in China. This is likely what drew in investors like Huaxing Growth Capital Fund in China and ABC World Asia, based in Singapore. Astanor Ventures, based in Europe, led the round.

Miyoko’s Creamery just raised $52 million in a series C funding round. PowerPlant Partners led the round, investing $40 million. JMK/Cult Capital, Obvious Ventures, Stray Dog, and Coller Capital are also participating. Schinner revealed that the capital will be used to boost marketing and to more than double her research team. The company will debut its pizza-ready, liquid mozzarella product at a trade show in September. Miyoko Schinner, founder and chief executive officer, said to Bloomberg: “With how fast the industry is changing, we have to push as hard as we can in innovating and carving out our space in this growing sector.”

A vegan meat startup called Planted just snagged 19 million Swiss Francs (around US$20 million) in a pre-Series B financing round. According to Crunchbase, Planted has now raised US$46.5 million in total. Vorwerk Ventures, Gullspång Re:food, Movendo Capital, Good Seed Ventures, Joyance, ACE & Company (SFG strategy), and Be8 Venture are participating. “We are growing fast in our existing markets in Switzerland, Germany, Austria and France. With the additional capital we will accelerate international growth and expand our product range,” said Planted Co-Founder Christoph Jenny. The Swiss company uses oats, peas, and sunflowers to produce the meat-free products. Planted intends to use the funding to launch new plant-based meat products, including its first whole-cut product.

Zoglo’s Incredible – which crafts vegan nuggets and burgers – went public on July 26, 2021. The move was made possible after the company closed a $6.75 million non-brokered private placement. Zoglo’s is now expanding its range with 12 new plant-based products. Zoglo’s is a portfolio company of Eat Beyond global Holdings. Eat Beyond CEO Michael Aucoin commented: “We are excited to support Zoglo’s in this next chapter of its growth,” Aucoin said. “Zoglo’s is at the forefront with its leading technological know-how, giving it the ability to provide consumers with choices that can deliver on the taste and texture that consumers are seeking in plant-based alternatives. “This is the kind of innovation that can drive this market forward and remove barriers to mass adoption of plant-based products.”