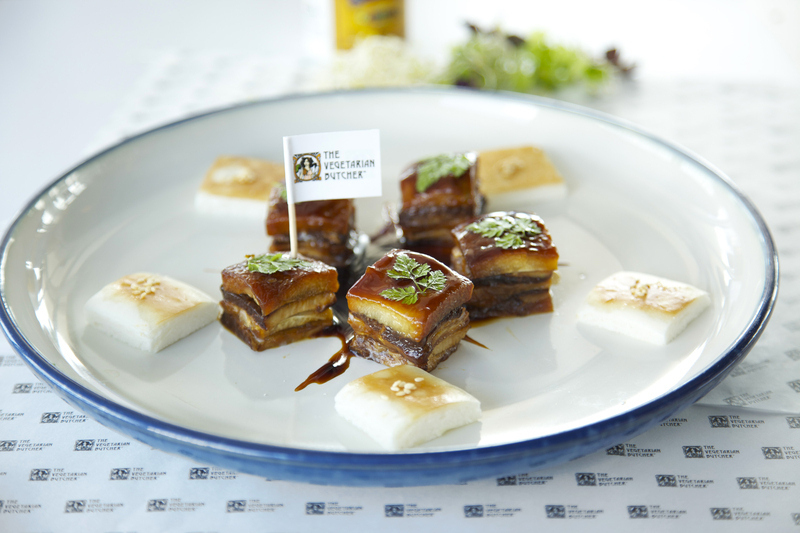 This article was originally published by SethLui.

If, like me, you’re at least remotely acquainted with the landscape of food in Singapore, the proliferation of plant-based meats wouldn’t have escaped your attention. You’ve watched Cowspiracy, and now, Seaspiracy—there’s no more hiding that something has to give; our current rate of meat consumption just doesn’t cut it anymore. A 2019 study by Rakuten Insight found that only 9.93% of Singaporeans aged 16 to 24 consume plant-based foods three to six times a week while 28.3% of Singaporeans in the same age group have never had plant-based alternatives. It is this very group that needs to start making a change if they’re planning on sticking around planet Earth for a while longer. Change doesn’t have to come by way of herculean, dramatic, or monumental waves, no. Sometimes, change is forgoing that chorizo this time around; other times it means swapping out chicken nuggets for plant-based balls.

Hyperlocalisation of plant-based meats in Singapore

The good news is, we don’t have to do it alone. Help from plant-based meat brands flowing into the local scene is aplenty—The Vegetarian Butcher, Impossible, Beyond, Omni, Quorn, and more recently TiNDLE. Each has made it their mission to bolster our transition to consuming less meat, and more plants. Some even going the distance to localise these newly-developed meats in hopes of bridging the gap between the far and few. We’ve seen The Vegetarian Butcher at City Hot Pot and Tung Lok, Impossible at Papparich and Singapore Airlines’ in-flight meals, and Beyond Meat Epok-Epok. It’s clear that the field of plant-based meats is expanding beyond just burgers and stews—the future of plant-based is getting dainty, clever, and intentional. It’s also getting local.

Out with the burgers, in with the dim sum

With more plant-based meats being used in local dishes, there’s no good excuse to push that plate of plant-based pork siew mai away. Fancy a dumpling? Here, have two. Strictly on a satay-only diet? Knock yourself out. The options are aplenty. Using the conduit of familiar flavours, the hyper localisation of plant-based dishes has arguably helped deem neo-plant-based dishes, as I like to term them, more manageable for the Singaporean palate. In the quest of adopting a sustainable plant-based diet, it’s important that the transition becomes more effortless and less pretentious. It also helps diners reach a point where we’re taking actionable steps not out of novelty, but a necessity.

After all, the easiest way to sustain modifications to our diets is when they don’t feel like modifications at all. The idea is to latch onto familiarity amidst the meat substitution, in hopes of easier and faster retention. When asked about their opinion on the plant-based dim sum at Tung Lok, a diner had this to say, “Actually, as a meat lover, I’m very amazed as I can’t tell the difference between normal meat and plant-based meat. The plant-based meat tastes very authentic and delicious.”

It doesn’t have to be so hard

One of the wonderful things about transiting to a more plant-centric diet is that it’s okay to make it a gradual one. It also helps that you can find plant-based alternatives such as Sweet and Sour ‘Pork’ at Tung Lok, and Black Pepper Spring Rolls at Duckland sitting comfortably alongside their regular offerings of meat-forward dishes.

It’s not so much about having to make an occasion out of a plant-based meal, but knowing that even in a typical meat-consuming space, there’s the option of swapping out a plate or two for a healthier substitute. This act of meat and meat analogues existing in the same space truly helps normalise the act of consuming plant-based products and highlights how the two are really an integrated experience, rather than absolute binaries.

From home to restaurants

The short answer to whether enough is currently being done is yes, but only for now. Localising plant-based meats in restaurants, cafes, and eateries is a good effort, but still a primary one at that. You know how the saying goes; give Singaporeans some plant-based meat and they’re covered for a day, equip them to cook the meat and they’re set for life. For the initiative to be fully self-sustaining, Singaporean households should be able to prepare these meat analogues on a scale that they’re comfortable with and in the convenience of their own homes. And it would go a long way for accessibility and inclusivity for plant-based brands to price their retail products competitively so that they become a viable option for the everyday Singaporean.

Once plant-based meats nestle themselves comfortably as a main-stay in Singapore kitchens, these same diners will also start becoming more receptive to seeking out similar food products when dining out, the same way consumers have come to expect non-dairy milk alternatives in coffeehouses and cafes.

The proof is in the funding

While the localisation of plant-based meats in traditionally meat-forward establishments is a step in the right direction, it’s heartening to know that we’re not stopping there. Today, it’s plant-based yu sheng; who knows what’s to come tomorrow? As a consumer who very much still chows down on her meats occasionally, I’d be lying if I said I’d be able to go cold turkey overnight. But I take comfort in knowing that I don’t have to. As Didier, head of marketing and digital at Unilever Food Solutions once told me—even just choosing to go plant-based twice or thrice out of the 21 chances we have in a week is progress in itself. Just like the current state of environmental affairs, it’s imperative for our food scene to respond and meander when it needs to. The future of food will include plant-based meats, and the sooner we catch up to it, the better the planet will be for it. *This post has been brought to you in partnership with The Vegetarian Butcher. Other articles you might like:  6 F&B spots with plant-based offerings for delivery & takeaway The Social Kitchen opens second outlet featuring The Vegetarian Butcher The post Dim Sum and Hot Pot — Are plant-based meats with a local twist enough to convince? appeared first on SETHLUI.com. plant-based beyond meat nasdaq-bynd meat chicken pork milk butcher burgers non-dairy funding industry