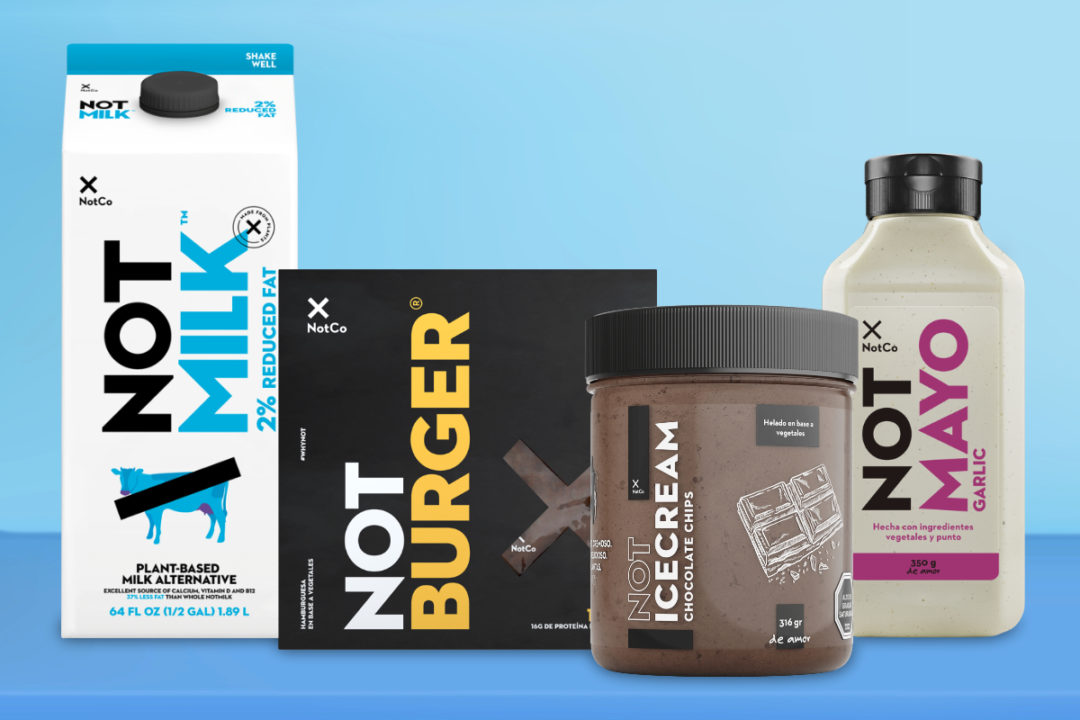 With More Than 3,000 Stores Confirmed Only Months After Launching NotMilk In the U.S., the Latin American Powerhouse Catapults National Consumer and Top-Tier Investor Attention

NEW YORK–(BUSINESS WIRE)–NotCo, a five-year-old plant-based food tech company founded in Chile and now competing in five countries within four product categories, today announced an investment from Enlightened Hospitality Investments (EHI), where Shake Shack founder and QSR trailblazer, Danny Meyer, is a partner. Having launched its NotMilk in the U.S. nationwide at Whole Foods Market just a few months ago, the brand has already confirmed distribution in more than 3,000 stores in the first half of 2021.

EHI is a growth equity fund that invests in the hospitality, technology, and consumer industries, with notable investments in GoldBelly, Banza, Clear, and Resy. It is affiliated with the group that founded Shake Shack, Union Square Hospitality Group (USHG), which Meyer is CEO and founder of. This investment will be strategic for NotCo in boosting its ability to expand into the U.S. and NYC Foodservice market. This is EHI’s first investment in a food tech company utilizing artificial intelligence to come out with plant-based products that match their animal-based counterparts and adds to NotCo’s roster of industry leading investors, including Bezos Expeditions, Future Positive, and L Catterton. NotCo has raised more than $130 million to date fueling its U.S. and global growth.

“NotCo’s patented artificial intelligence has created an exciting and revolutionary way to bring delicious and customizable plant-based innovations to market with incredible speed,” said Meyer. “The potential is so vast that we couldn’t pass up the opportunity to be involved. We’re excited to join this young company at a critical point in its growth to become an essential food provider in the U.S. and global markets.” NotCo’s founder and CEO, Matias Muchnick, said EHI’s experience and network, along with Meyer’s insights will help drive aggressive expansion into U.S. food service on top of existing successful partnerships with QSR leaders in Latin America, such as Burger King and Papa John’s. While the company did not disclose the valuation of the latest investment, it was made at a higher valuation versus the last round, in line with the company’s expectation of getting to a $1 billion valuation by the end of 2021. EHI’s investment will also help fund NotCo’s continued growth in the U.S. and support new category innovation in Latin America. “Our goal is to accelerate rapid advancement of science driven plant-based alternatives that consumers will readily adopt, and EHI’s and Danny’s vast industry expertise will help solidify mainstream validation of our technology, especially within food service,” said Muchnick. “We’re excited to partner with them in this next phase of NotCo’s U.S. and global expansion and multi-category innovation.” NotCo’s patented AI technology, branded Giuseppe, delivers plant-derived options that taste, cook, and behave just like their animal-based counterparts. Giuseppe also creates a mechanism that provides an efficient alternative to environmentally harmful food production methods while supporting a fragile supply chain. “Consumers have been wired to believe that plant-based alternatives must result in an experiential sacrifice – be that in taste, texture, or ability to incorporate them seamlessly into their favorite recipes. Giuseppe eliminates the need for consumers to make that trade-off, because NotCo products taste and function just like animal-based options,” said Muchnick. NotCo, named one of Fast Company’s Most Innovative Companies in 2021, is the only global company to launch products disrupting massive food and beverage segments, including dairy, eggs, and meat simultaneously. Giuseppe enables the company to quickly identify plant ingredients that are ideal replacements for animal-based products, replicating them almost perfectly. By understanding and matching them at their molecular level, NotCo products taste, feel, and function the same as the foods we are used to eating, but are made only with plants. The company also counts Kaszek Ventures, The Craftory, General Catalyst, Endeavor Catalyst, Indie Bio, Humbolt Capital and Maya Capital as investors. NotCo already sells its NotMilk, NotBurger, NotIceCream and NotMayo in several countries and has operations in the U.S., Brazil, Argentina, Chile and Colombia. It has become the largest and fastest-growing food tech company in Latin America in less than three years, driven by aggressive investment despite being relatively new to the industry. For more information about NotCo, visit https://notco.com/us and follow the brand on Instagram, Facebook and LinkedIn. About NotCo NotCo is a leading food tech startup that utilizes a proprietary artificial intelligence technology, Giuseppe, which matches animal proteins to their ideal replacements among thousands of plant-based ingredients. NotCo has launched NotMilk, NotBurger, NotIceCream and NotMayo in Brazil, Argentina, Chile and Colombia, and is the only global company to disrupt massive food and beverage segments including dairy, eggs, and meat simultaneously. In less than three years, NotCo has become the fastest-growing food tech company in Latin America. For more information, please visit https://notco.com/us. About Enlightened Hospitality Investments Enlightened Hospitality Investments (EHI) is a value-added strategic investor formed to leverage the brands, businesses, and team of Union Square Hospitality Group to identify growth potential and investment opportunities in both internal and outside ventures. EHI partners with portfolio companies to provide strategic direction, operational experience, increased visibility and access to relationships, resulting in significant value creation for all stakeholders. For additional information on Enlightened Hospitality Investments, please visit www.ehi.fund.