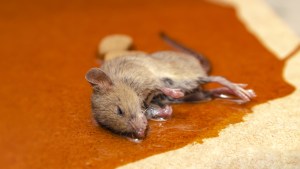 The British Veterinary Association and a landslide of animal advocacy charities are welcoming a new law to ban “inhumane” rodent glue traps. This is amid caution that the rules won’t be tight enough.

Glue traps are sold widely for as little as 99p. But they’re dubbed to cause immense suffering as they can rip off limbs and leave animals in distress as they endure immense torture.

They also catch other animals, such as cats, birds, and hedgehogs. This has prompted the RSCPA to receive 236 reports of glue trap incidents over the past five years.

As of this week, animal protection figures are celebrating the Glue Traps (Offences) Bill which today (November 19) receives its second reading in parliament.

If passed, the legislation will make it an offense to set a glue trap for the purpose of catching a rodent, as well as a handful of other connected offenses. Anyone found guilty will be liable for either a fine or imprisonment.

It was put forward by Conservative MP Jane Stevenson. Upon its first presentation earlier this year, she said: “When pest control is needed, we have a responsibility to use the most humane methods in order to prevent unnecessary suffering.

“A rodent stuck in a glue trap will suffer a slow and painful death, which isn’t acceptable when other pest control methods are available.

“…It is surely time to end the use of these inhumane and indiscriminate traps.” Animal welfare minister Lord Goldsmith has backed the proposal.

Despite this, they call for the bill to be “strengthed,” with stricter regulations. As it stands, the Department of Environment, Food, and Rural Affairs (Defra) will be given license to allow pest controllers to use the glue trap. This is when there is “no other satisfactory solution.”

In a statement sent to PBN, Chris Sherwood of the RSPCA said: “We are pleased to see the first steps towards more regulation of torturous glue traps which cause such suffering and misery to animals.

“However, we would like to see the exemptions clarified and loopholes tightened so this law is as effective as it can be.

“The way the bill currently stands only rodents are included in the wording. It is true that mice and rats are victims. But other animals such as snakes, robins, owls, and even kittens are maimed or fatally injured because of these awful traps.

“We are concerned that the focus on rodents could provide a loophole for those who wish to set such traps for other animals.”

Claire Bass is the executive director of Humane Society International/UK. Her worries are that pest control is an “unregulated industry.” Moreover, she said the bill would allow the traps to be used with “very little scrutiny.”

The UK Centre for Animal Law echoes the concerns as it claims the term pest controller is “too wide.”