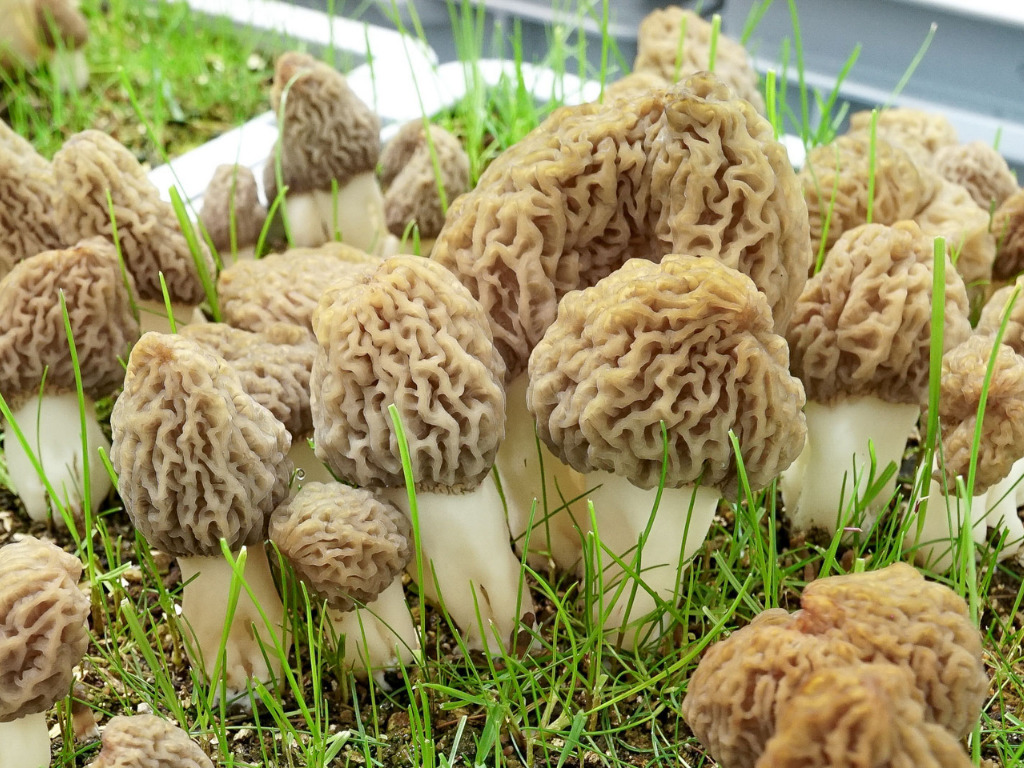 Scientists say they’ve developed a method to grow morel mushrooms in greenhouse environments, which could bring this once rare treat to tables year-round.

The morel mushroom is one of our food system’s most thrilling bites. Difficult to cultivate, they’re foraged by skilled mushroom hunters scouring spring forests, looking under the base of dead Elm, Ash, and Sycamore trees where the mushrooms push up from their mycelium underworlds. Like truffles, which are also foraged in the wild, morels fetch a pretty penny—as much as $50 a pound when fresh, and upwards of $200 a pound dried.

The morel is distinct in the mushroom world with its latticed cone-shaped cap. Their taste is earthy, nutty, and much more subtle than its meatier cousins like the portobello and crimini.

Now, like all things modern, scientists are tooling with morel cultivation in an attempt to bring the price down and make the mushroom more accessible. Morels require an extra step in their germination. Called sclerotium, it is easy enough to get it to form mycelium via cultivation, but getting it to create the fruiting body—the morel—has been notoriously difficult. It requires a perfect balance of conditions including carbon dioxide levels, humidity, and the right temperature.

Danish biologists Jacob and Karsten Kirk (they’re twin brothers) say they have cracked the code and can cultivate morels indoors year-round via a climate-controlled environment. In just under six months, the indoor method produces more than four kilograms of mushrooms—about 20 pounds of morels per square yard per year. The discovery builds on more than forty years of research conducted in collaboration with the Royal Veterinary and Agricultural University and the University of Copenhagen.

“In 1977, when we started studying biology at the University of Copenhagen, we became seriously interested in the biology of edible mushrooms and their possible cultivation,” the Kirk brothers write on their website, the Danish Morel Project. “On the basis of various literature studies, we then carried out many experiments with the cultivation of white button mushrooms and oyster mushrooms in particular under private conditions.”

They say that in the spring of 1978, their lifelong interest in the cultivation of the much more complicated and valuable morels was “suddenly aroused” after learning that there were no controlled methods for year-round cultivation. They spent years studying literature and morels found in the wild, and in 1986 after hearing that an American research group had a patented cultivation method, they looked to fund their own research.

Now, they say, “we finally have a fully developed method for the controlled indoor cultivation of black morels, all-year-round. This means that the method contains a combination of all the optimal conditions we identified, such as the best growing unit, genetic variant, and morel soil, as well as the optimal nutrient substrate and climate programme. We can therefore conclude that the method is now so well developed that a commercial production can be started after an appropriate automation of the cultivation process.”

Indoor morels also greatly reduce the presence of dirt and bugs that come with foraged mushrooms. Unlike fruits and vegetables that can be soaked or rinsed to remove debris, wetting the morel impacts the cap’s delicate texture. And, according to the brothers, the cost of producing them indoors will be on par with common white button mushrooms.

The discovery couldn’t come at a better time as mushrooms are having a moment. They’re being used to create whole-cut vegan meat like bacon and steak.

Others, like reishi and turkey tail, are renowned for their immune support, among other wellness benefits.

Even psychedelic mushrooms are making waves, studied as viable treatments for mental health issues including depression and PTSD.

The fungi are also being looked at as sustainable and ethical replacements for cow leather, among other materials.