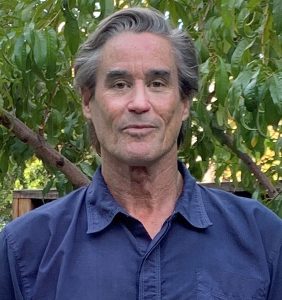 By David A. George

The clinical diagnostic industry is on the verge of a recombinant protein revolution. Recombinants have been available for decades and have served some sectors of diagnostics quite well, but they have not been widely adopted by the industry. Some areas have been reluctant to use recombinants because, historically, native proteins performed better and were available in ample supply. Recent declines in performance and availability, however, will significantly impact the diagnostic industry and stimulate wide support for a move to recombinant proteins.

Recombinant proteins have performed well in areas of diagnostics in which native proteins are not abundant enough in tissues and fluids to support the large-scale purification demands of the diagnostic industry. Examples include the interferon and interleukin protein families. These cytokine markers of inflammation and infection have been available in recombinant form since the mid-1980s, and they have served the diagnostic industry well.

In several areas of clinical diagnostics, there has been a reluctance to adopt recombinant proteins. The primary complaint is that the recombinants available in the past did not perform as well as native proteins in clinical immunoassays. These include areas in which the structure of the target protein is complex and difficult to produce in recombinant form. Some of the most difficult proteins to produce are those that contain multiple subunits and those that are glycosylated or undergo some other post-translational modification.

Historically, the diagnostic industry has obtained these structurally complex proteins from collections of human glands, tissues, organs, and fluids. These large pools of starting material are obtained from dozens, if not hundreds or thousands, of individual donors. A protein batch purified from such a pool is a heterogeneous mixture of protein variants, generated by the glycosylation patterns or other post-translational modifications of each individual in the pool. The heterogeneity of purified native proteins is difficult to reproduce when developing recombinant proteins for diagnostic use, and it is one of the key reasons recombinants of the past did not perform well and were not adopted by the industry.

Recombinant proteins are homogeneous, as they are produced by a single cell type. It is possible to produce recombinants with post-translational modifications like glycosylation, but the individual variations found in native protein pools are not as easily reproduced. Likewise, multisubunit recombinant proteins can be difficult to produce because the subunits are usually different, individually expressed gene products that must assemble in the proper configuration to accurately resemble the native protein.

The diagnostic industry is highly competitive, so immunoassay developers seek to use antibodies that will give their test a competitive edge. The byproduct of this competition is that a multitude of antibodies are available for any given protein. As a result, recombinant protein developers must produce a product that is recognized by the virtually limitless number of antibodies and antibody pairs available worldwide and can be picked up by industry analyzers.

These structural and antibody-binding challenges may appear daunting for recombinant protein developers. We found that they can be overcome with careful project design and execution.

Designing a successful recombinant protein project for clinical diagnostic use begins with selection of the appropriate gene, host cell type, and expression vector. Gene selection is crucial in that the sequence must encode a gene product that is relevant in a diagnostic setting. After this is finalized, a suitable host cell system that accommodates the desired characteristics of the target protein must be identified. For instance, if the protein is glycosylated, a eukaryotic host, like the mammalian cell lines CHO and HEK293, may be preferred. If a large amount of protein is needed, host systems such as Escherichia coli or yeast may be optimal.

Equally important to these initial design considerations are the purification and screening methods employed to produce recombinant proteins that will perform as closely as possible to their native counterparts. We will not discuss details of specific purification strategies here, but available techniques include various forms of column chromatography, including ion-exchange, size-exclusion, and affinity methods that may employ antibodies, substrates, receptor ligands, lectins, and more.

An important purification factor to consider is whether to use affinity tags, such as a polyhistidine or glutathione-S-transferase. We discourage the use of such tags because, although they facilitate purification, they may have an adverse effect on the structure of the expressed protein, potentially resulting in poor performance in an antibody-based assay system. The purification techniques selected must be those that will ensure proper protein folding, preserve glycosylation, and maintain epitope integrity of the purified recombinant protein.

Our lab determined that testing the recombinant as early as possible, using as many antibody-based assay systems as are available, provides quick feedback as to whether the gene, host cell line, and expression vector selections will produce the desired product. If the results are encouraging, purification strategies may then be planned and carried out. If, however, the initial results suggest the recombinant is not well recognized in antibody-based assays, or the amount of protein present is inadequate, then the gene, host cell line, and expression vector options must be revisited.

For a given development project, desirable screening methods include immunoassays that employ enzyme, fluorescent, or chemiluminescent labels, if they are available for the target protein. In addition, western blot, ELISpot, dot blot, or bead-based assays should be performed when possible.

Antibody-based testing should be performed at virtually every purification step, but the ultimate determination for a recombinant protein’s value in the diagnostic industry comes from evaluation on clinical analyzers with assay kits that have received an FDA clearance, a CE mark, or some equivalent approval.

Using the guidelines described above, Scripps Laboratories developed antibody-reactive, recombinant hCG, FSH, and LH for the assessment of pregnancy, fertility, and ovulation. Recombinant FSH and LH are validated for use in clinical immunoassays, and recombinant hCG is currently undergoing validation studies.

One of the most complicated proteins found in clinical diagnostics is ferritin, an iron-storage protein and biomarker of anemia. Produced in the liver and spleen, ferritin is a 24-subunit protein composed of heavy- and light-chain subunits. The makeup of heavy and light chains varies, so several isoforms of ferritin are known to exist, which presents an additional difficulty to recombinant protein developers. Recombinant ferritin has been available for more than 30 years, but because of these structural complexities, it has not been adopted by the diagnostic industry until now.

Scripps has produced a recombinant form of multisubunit ferritin for detection of iron-deficiency anemia and other conditions. It is made up of both the heavy  and light chains and performs remarkably well in a variety of antibody-based assay systems. This recombinant form of ferritin is currently undergoing evaluation for use in clinical immunoassays worldwide.

Complex recombinant proteins can be produced that perform comparably to their native counterparts. If performance between the two is homologous, recombinant proteins are the preferred option in the clinical diagnostic industry, as they offer many advantages over native proteins.

Readily available starting materials and stable prices
One of the main advantages of recombinant proteins is the sustainable nature of their starting materials. Recombinants are sourced from cell lines that are grown and harvested on demand, which makes the purified protein available when needed. Native tissue procurement is unpredictable, as it is dependent on the availability of individual donors. These starting materials have become increasingly difficult to procure in recent years, which has reduced the supplies and driven up the costs of some native proteins. These phenomena predate COVID-19, but they have been exacerbated by the pandemic and unforeseen events like the war in Ukraine. The impact on the diagnostic industry is already being felt, as many native proteins are now in short supply.

As mentioned above, the costs associated with producing native proteins are volatile and have been steadily increasing in recent years, and there are no indications that this trend will stop any time soon. Conversely, the costs for recombinant protein production are much more predictable. Cell culture and fermentation reagents are readily available, and their prices are much more stable than those for native tissues.

No interference from protein contaminants
Many native proteins are purified from starting materials that contain proteins that are similar to the target protein being purified. These contaminating proteins are troublesome because they can cause interference in immunoassays and contribute to long purification cycles. Recombinant proteins are not likely to contain a protein that is biologically or structurally similar to the protein being purified. This shortens the purification process and minimizes the likelihood of contaminant-sourced assay interference.

With more than 35 years of protein purification expertise, Scripps Laboratories has demonstrated that recombinant proteins can be produced that meet the structural and antibody-reactivity challenges presented by native proteins. As a result, the reluctance to embrace recombinants is waning in some diagnostic areas. Furthermore, recombinants may be our only option in the years to come. Not only are they renewable, sustainable, and responsibly sourced, but they are a necessary and ideal solution. They just may define the future of critical reagent supply in the clinical diagnostic industry.

David A. George is director of product research at Scripps Laboratories.