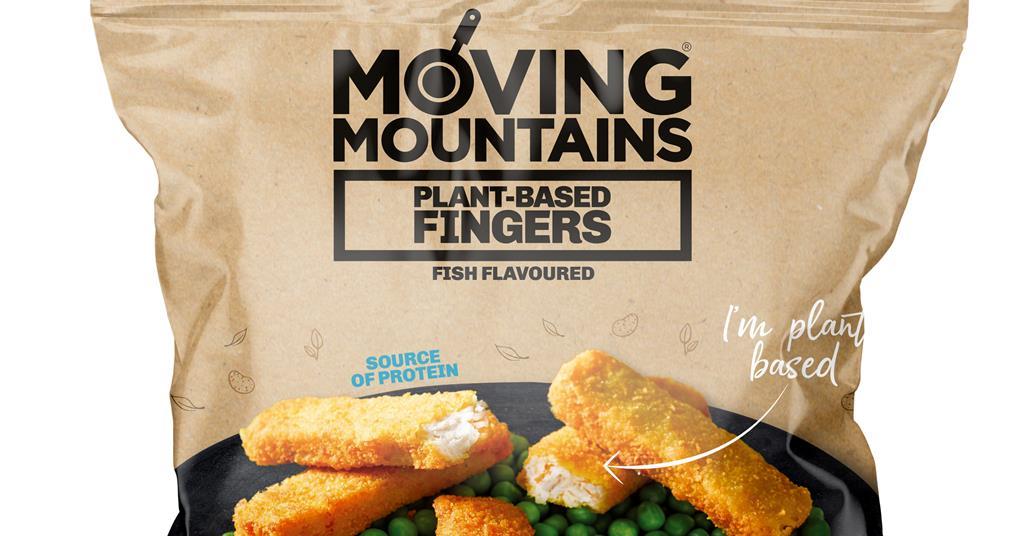 Moving Mountains has launched its own plant-based fish fillet. The UK-based vegan meat brand says its meat-free seafood has a lighter impact on the planet and comes with fewer health risks.

The fillet is coated in panko breadcrumbs and has a flaky texture. It offers 10g of protein and is free from cholesterol and GMO ingredients. The vegan fish fillets are also free from mercury, hormones, microplastics, and antibiotics. Fish farming – whereby fishers establish artificial colonies in cages, nets, or ponds – is more common than it has ever been. The shift was out of necessity; global demand for seafood has resulted in a significant decrease in fish populations. But fish farms often spread parasites like sea lice to wild fish and to one another. Farmers use antibiotics to tackle the issue. But this practice has come under fire due to concerns about antibiotic resistance. Further, the antibiotics affect more than the farmed fish, since they can seep into surrounding waters and impact wild marine life, too. Moving Mountains points out that its vegan fish substitute also generates fewer greenhouse gas emissions and requires less resources to produce than its animal-based counterpart.

Moving Mountains also offers plant-based burgers, hot dogs, mince, beef tender strips, and meatballs, among others. In December, the company began selling vegan fish fingers. Moving Mountains Founder Simeon Van der Molen spoke about the importance of the launch. He said: “With nearly 80 percent of the world’s fisheries in crisis, there’s not enough fish in the sea anymore. To save the oceans, consumers need to reduce consumption of traditional fish… “We use natural plant-based ingredients and scientific processes to recreate the taste and texture of the real thing so that they’re delicious as well as healthy, and provide a real alternative for meat-eaters, vegans, vegetarians and pescatarians.” The post Moving Mountains Launches Sustainable Vegan Fish Fillets appeared first on Plant Based News. plant-based vegan meat plant based nasdaq-bynd lighter meat fish seafood beef pork burgers sausage burger protein alternative