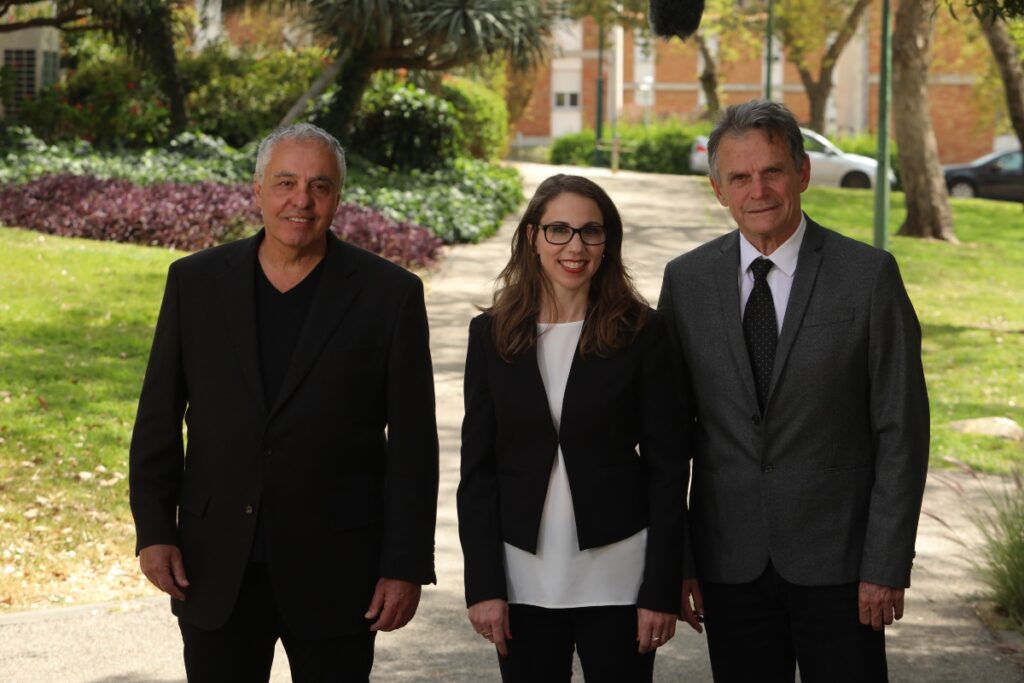 Will humans really be able to jump as high as the Statue of Liberty? Well, probably not, but the team at Smart Resilin is taking its cue from the natural world, where insects use resilin to enable some of them to leap more than 200 times their own height.

Naturally occurring resilin is critical in the flight and jumping systems of insects as a polymeric rubber-like protein with outstanding elasticity. It is present, for example, in the flying tendons of a dragonfly, which can beat its wings approximately 1,800 times per minute.

Crucially, when it stores energy and then releases it, significant amounts of that energy are not lost to the environment. Think about how a flea can jump from the floor and land on a dog’s back in a single jump.

Smart Resilin‘s remit is to be able to produce industrial amounts of resilin and put the resulting material to several different commercial uses. The firm, which is part of Yissum, the Technology Transfer Company of the Hebrew University of Jerusalem, has succeeded in identifying the genetic codes in the resilin and introduced them to bacterial cells.

In an interview with NoCamels, nano-biotechnology researcher and serial inventor Prof. Oded Shoseyov, who is has set up more than 17 companies attempting to develop super-performing materials for affordable and sustainable applications, says that “by utilizing genetic engineering we can clone the protein, and in a way that we can produce it in large scale. The amount of resilin found in insects is relatively low, but we are able to produce a significant amount both in the lab and for the company when we scale up.

Scaling up is expensive

Having worked out both the theory and many of the practicalities of production, Smart Resilin’s next challenge is to scale up production.

In a separate interview with NoCamels, company CEO Liron Nesiel explains that seeking to advance the “industrial phase” and move from the 10-liter fermentation tank in the lab to one of hundreds or even thousands of liters “should not be that difficult to scale.”

“There will be some control conditions or organism that we use, which will enable a different strain of bacteria to enlarge the yield production. There are manufacturers who know how to do it as well as the facilities to undertake it. There are one or two in Israel, but we are also looking to the US, India, and Europe. In the immediate future, we require $2-3 million of funding to do that and we are also looking for the possibility to use them as our partner, as we take the next two to three years to scale up production.”

One of the conundrums that Smart Resilin had to solve was how to produce the protein on an industrial scale, by either making it using micro-organisms in fermentation or through extraction from plants. The latter choice is initially more cost-effective – about $1/kilo – as opposed to several hundreds of dollars per kilo in the former. However, while further development using micro-organisms shouldn’t cost much more than $1 million or so, trying to do the same with plants is “at least one order of magnitude higher,” Shoseyov explains.

In addition to its elastic properties, resilin, “the best rubber on earth and a perfect non-structural protein” according to Shoseyov, has other features that make it highly practical and attractive to produce in significant quantities. In a way that is not true about synthetic rubber, resilin is biodegradable, sustainable, and compostable. Another advantage is the speed at which energy is stored. Shoseyov suggests imagining a pushing or squishing a piece of rubber and noticing how relatively slowly it restores its original shape. Meanwhile, resilin does this at extremely high speeds, which is why Smart Resilin is focusing on specific commercial areas – athletic footwear and hair straightening. The company is also interested in tackling the cosmetics field, although, with stricter regulation than the other two areas, Smart Resilin is yet to develop a product in the market.

Smart Resilin has attracted out-of-market interest from companies, including a large Japanese firm, that appreciated the idea of creating a solution that was not plastics-based. As the world is increasingly leaning toward sustainable and biodegradable products, Smart Resilin’s bio-based, natural solutions are seemingly increasingly in demand.

The company’s push to develop sports shoes – a field that continues to strive for innovation – comes at an interesting time. In 2017, Nike’s controversial Vaporfly running shoes were advertised as “ultra-lightweight, soft and capable of providing up to 85 percent energy return.” In 2020, people cried foul amid claims that it was a form of “technology doping” and would provide an unfair advantage to those athletes who wore them. At the postponed 2020 Tokyo Olympics, which took place this past summer, Nike’s follow-up to the Vaporfly, the Alphafly, was banned from the Games.

“Shoe companies understand the need to continually reinvent – it is obviously the case if you want to run faster or jump higher,” Nesiel maintains. And it is very possible that Smart Resilin’s technology could be a part of that continual evolution, although if the use of its product enables the sports shoes that use it to significantly outperform rival manufacturers, there could be regulatory issues further down the line.

Other potential applications in the future include the automotive industry, where the resilin component gives a better energy return. Importantly, there could come a time when resilin can be used in tires – although the current cost of manufacture would likely prohibit that use. Resilin also has a limiting factor in that humidity is necessary for optimal performance. “There are certain applications where humidity is too low, so resilin will not perform, such as out in the atmosphere in space or at extreme temperatures,” Shoseyov says. It could be a major contributor, however, to the manufacture of mattresses and chairs or any industrial field that requires energy storage or elasticity.

While there are challenges ahead for Smart Resilin, the company could be on the cusp of distilling a property that nature gave to us and applying it to many of our present-day needs.