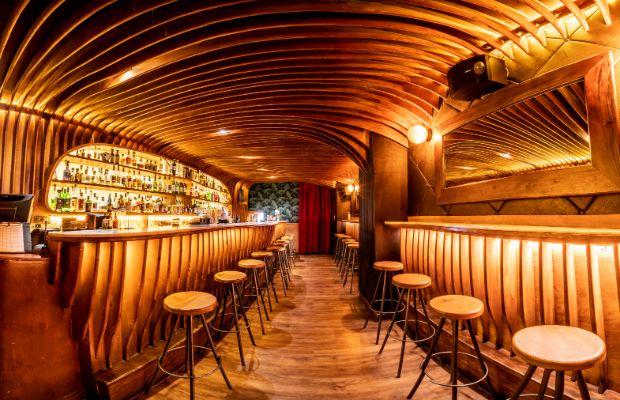 FOR the first time in the history of the World’s 50 Best Bars list by William Reed Business Media, two things happened in the Spanish city of Barcelona last week. One, since the list’s inception in 2009, the awarding ceremony was held in Barcelona, the first city to hold it outside London; and, two, for the first time, a bar from Barcelona holds the top spot for the Best Bar in the World for 2022.

Paradiso, founded seven years ago, won the award during a ceremony streamed live online last Tuesday (Wednesday morning in the Philippines). The bar made its first appearance on the list in 2017 as a bar that was One To Watch.

“We thought it was high time to move outside of London, and get this show on the road,” said The World’s 50 Best Bars Director of Content, Mark Sansom. “We couldn’t think of a better city to explore. It is truly one of the world’s cosmopolitan cocktail capitals.”

When Paradiso was announced as the World’s No. 1 bar, Mr. Sansom said, “This is a truly momentous moment, as for the first time, the bar goes to outside of New York or London, breaking the deadlock. Making history! Creating a new legend!”

“Known for your creativity, as well as your sustainability, you’re without doubt one of the hardest-working bar teams in the business. You could not deserve this moment more. Enjoy it,” he said.

The bar is located beyond a refrigerator door in a pastrami shop, according to the World’s 50 Best website.

“In the past, themes have encompassed magic and space, and this year the inspiration is the Evolution of Humankind. Of the 15 new cocktails, try Fleming, inspired by the discovery of penicillin, which explores fermentation with a mushroom spore rim. But for more aesthetic drama, the hot tot is On Fire, a sharing milk punch cocktail, with bourbon, oloroso sherry, tahini, sweet potato and smoked milk. Served in a clear, round dish, with garnishes created in the Paradiso lab to represent humankind’s ancestors sitting around a fire, the cocktail uses a laser to create a flame which smokes the Jerez wine. Drinks don’t look or taste like this anywhere but at Paradiso,” the website said.

For his part, Paradiso’s creative-in-chief and co-owner Giacomo Giannotti said, “I don’t know where to start. I start to say thank you, first of all, to my family.” He then thanked his team, and dedicated his award to his wife and co-owner, Margarita Sader. The team cheered and jumped on stage. During an interview streamed on Instagram after the event, Mr. Giannotti said, “I still don’t believe it.”

“Passion! That’s what got us here,” said Mr. Giannotti in an interview posted on the website. “We are so proud. It’s the best recognition we could ever have — for us, for our team and for our clients.”

Ms. Sader, during the Instagram interview, looked at her husband and said, “I’m so proud. I’m so proud.” — JLG