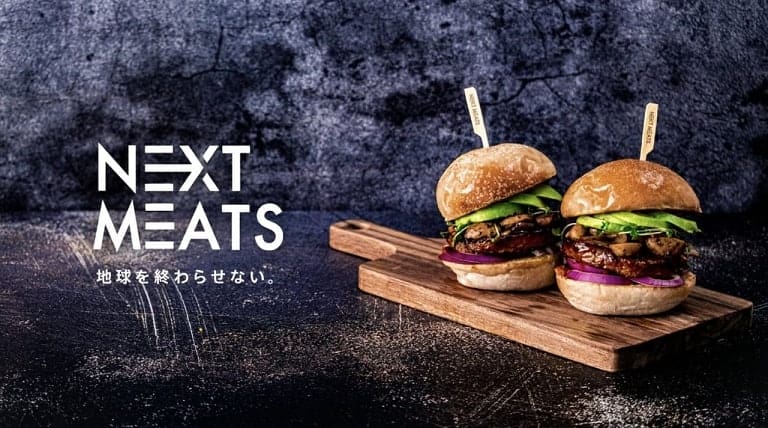 TOKYO, July 30, 2021 /PRNewswire/ -- Next Meats Co, the alternative meat venture company from Tokyo, is known for commercializing the world's first vegan Japanese barbecue meat analogues—the NEXT Yakiniku series, as well as the NEXT Gyudon, which is a vegan simulation of the traditional Japanese beef bowl.   Next Meats has recently gained attention for successfully developing an alternative egg product, the NEXT Egg 1.0, and also launching the NEXT Yakiniku in the U.S. and selling out their first release of products in a day. Today, Next Meats just revealed their plan to start the construction of their eco-friendly production facility called the "NEXT Factory", in Niigata, Japan, which is the hometown of Ryo Shirai, one of the two co-founders. This factory will be a one-stop hub dedicated to alternative protein products and will include everything from an R&D lab to the production line. This kind of large-scale facility specifically dedicated to the development of alternative proteins is likely to be the first of its kind in Japan*. In a press conference announcing the construction of the facility, founders Hideyuki Sasaki and Ryo Shirai revealed that the NEXT Factory will incorporate DX systems as well as solar panels and other sustainable technologies, and its completion is scheduled for next summer. Sasaki and Shirai expressed that by building the NEXT Factory, they aim to further stabilize the global supply chain of Next Meats products while lowering retail costs and strengthening the company's R&D capacities. Shirai, (Co-founder of Next Meats Co. and CEO of Next Meats Holdings (OTC Pink: NXMH)) also voiced his strong determination to give back to his hometown and the Niigata prefecture, and his desire to contribute to and lead the alternative protein industry from Niigata. This dedication has been fervently exhibited recently. Next Meats is working with a local construction firm that uses materials sourced from the area, and is scheduled to co-produce a new product with Kameda Seika—one of the most prominent snack manufacturers in Japan, which is from Niigata—and they have also recently signed a cooperative research and development agreement with Nagaoka University of Technology, to study epigenetics and its new applications in developing alternative meat products. Next Meats says they hope to continue collaborating with local entities and spark open innovations and keep accelerating the growth of the alternative meat industry in Japan, and the world. About Next MeatsBased in Tokyo, Next Meats is a food-tech venture company that specialises in the research and development of Japanese-style alternative meat products. Its journey of product development began in 2017, and the company was officially established in June of 2020. In December 2020 they announced their partnership with Toyota-Tsusho Corporation, and was listed on the American OTCBB in January of 2021. The company is currently rapidly expanding their presence to over 9 countries. They plan to research various types of alternative proteins in the future and aim to replace all animal meats by 2050. Website: https://nextmeats.usInstagram: https://www.instagram.com/next_meats/Twitter: https://twitter.com/nextmeats?lang=enFacebook: https://www.facebook.com/nextmeatsus/ *Based on research by Next Meats, at the point of 7/30/2021   View original content to download multimedia: https://www.prnewswire.com/news-releases/japanese-alternative-meat-venture-next-meats-will-be-constructing-its-own-eco-friendly-factory-dedicated-to-alternative-protein-products-301345289.html SOURCE Next Meats Co., Ltd. alternative-meat alternative protein alternative meat nasdaq-bynd alternative proteins meat beef protein alternative otc industry