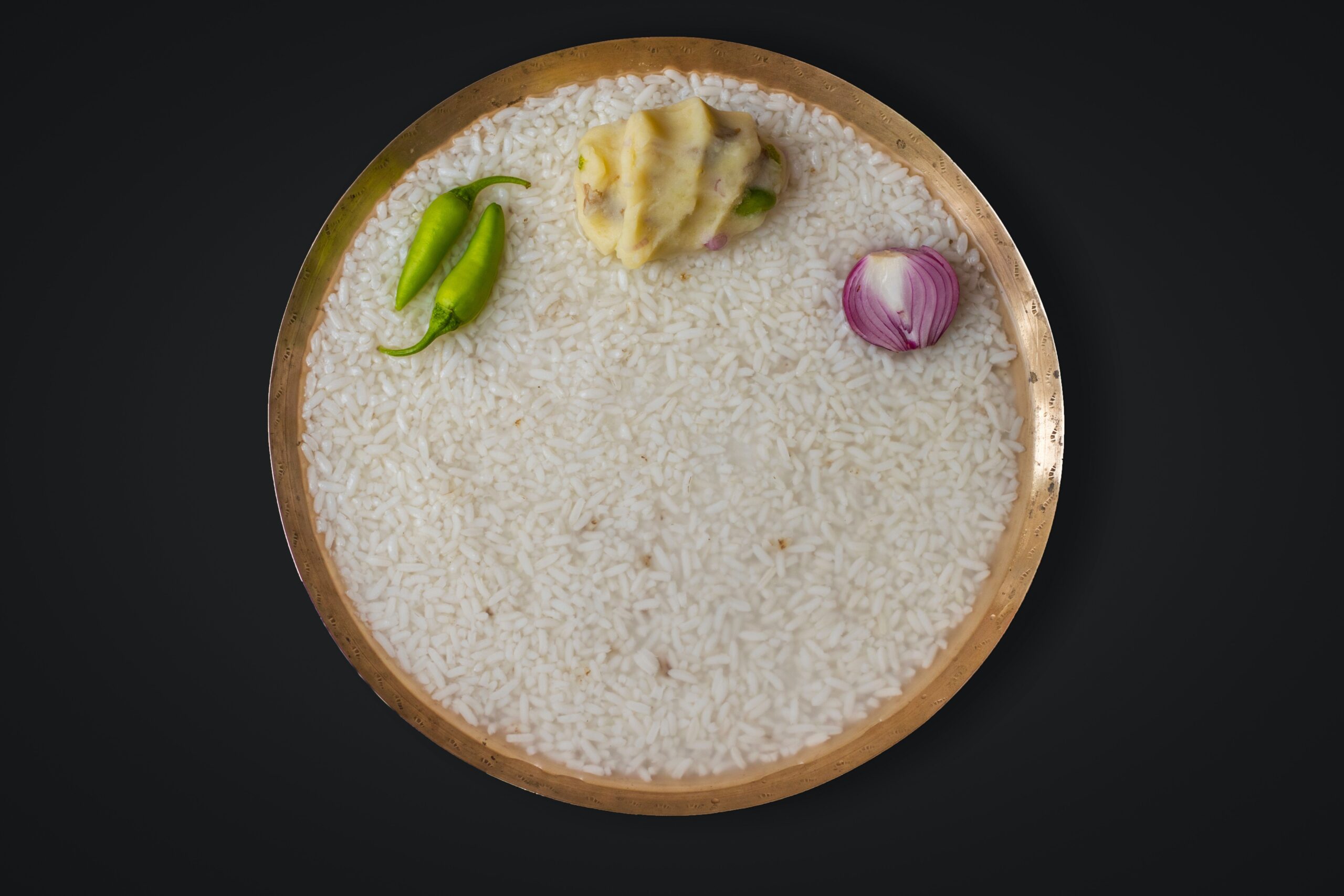 It was Kishwar Chowdhury, a competitor and second runner-up on the 13th season of MasterChef Australia, who made a dish called panta bhat internationally famous. A rather humble dish from eastern India (Assam, Odisha and West Bengal) and Bangladesh, one could never have imagined it achieving such a level of critical acclaim.

Panta bhat is cooked parboiled rice that is soaked in cold water and left to ferment. Very often it’s left overnight, although some may even ferment it longer. The rice is then eaten with accompaniments that can vary depending on the economic condition of the family or the individual — ranging from basics like mustard oil, raw onion and green chillies to more elaborate sides like fried fish, batter-fried veggies and potatoes.

Ten years ago, panta bhat was associated with several cases of cholera. The dish is a rural staple and popular breakfast in eastern India and Bangladesh, but the use of contaminated water in the preparation of the rice created the perfect conditions for the development of disease.

Using pond water in making panta bhat had been a major cause of the disease. There were several public health campaigns that were specifically designed to prevent the villagers from using pond water, but they were often ineffective.

Despite its role in causing cholera, the popularity of the dish never declined. It’s a cheap meal that needs no refrigeration. Further, one can cook the rice in a pot and soak the leftovers in the same pot. Finally, it is not only cheap and convenient, but also needs very little time to make.

The role of panta bhat is so central to Bengal that there is a popular folkloric figure called Panta Buri — “old woman who eats panta” — who has many adventures after a thief steals her panta bhat. In order to seek justice for the theft, she goes on a long journey to meet the king. On her way, she meets many eclectic characters like a talking knife, a catfish, a bael (a native fruit species) and an alligator. While the characters change in different versions, the context of her journey remains the same.

Panta bhat is a dish that reflects the soul of rural Bengal. Yet the dish has now made it to a very popular television show, and feeds into the growing interest in fermented foods.

Panta bhat is an acquired taste — a penchant for fermented rice is certainly not as widespread as, say, fried potatoes. Immigrant chefs are now pushing us towards bolder taste, a taste that is defiant, and not overshadowed by past colonial ambivalence.

Increasingly, immigrants have become unapologetic about their culinary roots. For example, British-Ghanaian chef Zoe Adjonyoh actively discusses issues like colonialism and racism that influence how traditional cuisines are perceived and accepted. Nadiya Hussein became popular after winning the 2015 season of The Great British Bake Off, and helped popularize unique fusion foods through her writing and a series of television cooking shows.

This interest in ethnic cuisines can also be seen in the growing number of food shows and documentaries like Ugly Delicious, High on the Hog, Flavorful Origins and many others that show a growing interest in the subject and a curiosity about authentic culinary storytelling.

We have a very long way to go when it comes to embracing versatile tastes from non-western cultures. In 2019, American national security affairs professor Tom Nichols felt the need to openly disparage Indian food on Twitter.

While it sparked a major controversy, Nichols’ tweet exposed the fault lines of racism that so frequently get expressed in belittling immigrant tastes.

But there is hope, and a lot of curiosity. Instead of trying to alter and adjust their cuisine to existing western standards, young immigrant chefs are learning about their culinary past, and slowly trying to integrate their unique flavours into the growing world of global cuisine in very honest, authentic ways.

Let’s face it, fermented rice with strong mustard oil and spicy green chillies is like a bold, raw taste of defiance.

Aditi Sen does not work for, consult, own shares in or receive funding from any company or organization that would benefit from this article, and has disclosed no relevant affiliations beyond their academic appointment.

Is the omicron variant Mother Nature’s way of vaccinating the masses and curbing the pandemic?