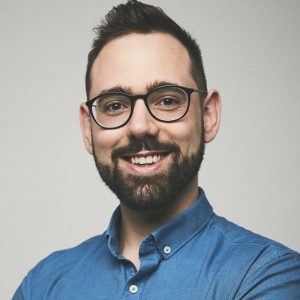 Turbine’s philosophy is that a cell in a patient is dissimilar to a cell in a model system perturbed by a CRISPR or chemical screen. Moreover, the heterogeneity of patients is also very different from what researchers can actually recreate in the lab.

“We wanted to create a computational model of human cellular biology to replace experiments as the primary way that we try to understand and treat disease,” Szabolcs Nagy, chief executive officer & co-founder of Turbine, told GEN Edge.

“Simulated Cells can overcome that gap because we can simulate cells that are more patient-like than what you have in the lab. The simulation’s ability to create something more patient-like is the key IP and the advantage of this approach.”

Nagy says that Turbine’s Simulated Cell tool can simulate drug-like effects that are much more diverse than a CRISPR knockout screen can actually achieve.

“Through that, you can find truly novel ways of treating disease without ever having run any experiment—just in the simulations,” said Nagy. “You can test all these things and look at what happens to billions of simulated cells. In the end, that gives you a lot of confidence in the biology, and that has revealed a lot of interesting targets and insight into the mechanisms of action of approved drugs.”

Turbine’s simulation enables researchers to dive into a proteomic model, as compared to a black box machine learning approach that provides ideas without explanation and requires a heavy investment in follow-up testing. Nagy says that, because of the noisiness of in vitro models, a lot of ideas from in vitro data are often not true in patients.

By contrast, in the simulation, there’s an ability to look at the proteomic level to get a sense for the underlying mechanism. For example, the simulation can look at what protein interaction cascade led to the loss of viability, ask if a certain mutation had a very cytotoxic effect, and what happens when an investigational drug or standard of care is introduced.

Early on, Turbine worked with pharma companies by providing the Simulated Cells as tools to better understand certain problems that they were facing. Nagy says that these partners kept providing feedback that the simulations would have been really useful years before their programs got into the clinic, which spawned the idea to integrate the simulations in the entire drug program process—from target ID all the way to proof of concept, using simulations at every turn before ever running an experiment.

Turbine’s Series A funding will provide proper resources to push some of the company’s best ideas forward, demonstrate them in vivo, and get them ready for clinical entry. Once proof-of-concept is obtained, Nagy says that Turbine will seek to build a number of new partnerships to use the simulations to guide existing drug programs.

The plan over the next couple of years, he says, is “to launch partnerships with companies that want to run the whole simulation guided process, so we can be integrated with the program and keep supporting and providing better and better simulations to the program.”

Turbine picked oncology as the place to start because, in cancer, there are many relevant mechanisms that can be understood through the simulation of signaling.

“We felt that if could build a model that can simulate signaling, and the interactions of the various proteins and other signaling components that impact how cancer cells make decisions about cell fate, that would be on par with the output of an in vitro experiment usually run on a cell line,” Nagy said. “We knew that oncology was going to be the area to validate the approach and create the algorithmic capabilities and machine learning model needed to learn something useful in other cells as well, and that is how human proteins may interact.”

In the past few years, Turbine has deployed much of the algorithmic stack successfully. After launching in 2016, Turbine began working with Bayer, guiding several pipeline programs in the oncology division while learning about the applicability of the simulations. “The work with Bayer was such an important first milestone for us because we began to understand the many limitations of the drug discovery toolkit for running experimental research and in vitro models to better understand cancer,” said Nagy. “We’re training Simulated Cells that, on the molecular level, behave in a way that is measurably true for cancer cells.”

As this is a computational system, Turbine can theoretically add cloud servers to run more simulations. In the future, Turbine plans to take the platform forward and use it to simulate immune cells and then other healthy tissues, in order to pursue broadly toxicity and efficacy predictions.

The company also plans to take the technology into indications beyond oncology. “Every new cell model developed has a new protein interactome representation based on newer training data, and we’re using cell-specific data genomics and transcriptomics to create models of cancer or to simulate patients measured in a clinical trial,” said Nagy. “We can create any cancer cell today, and hopefully, in the future, we’ll be able to create any type of cell and simulate the interactions between them.”