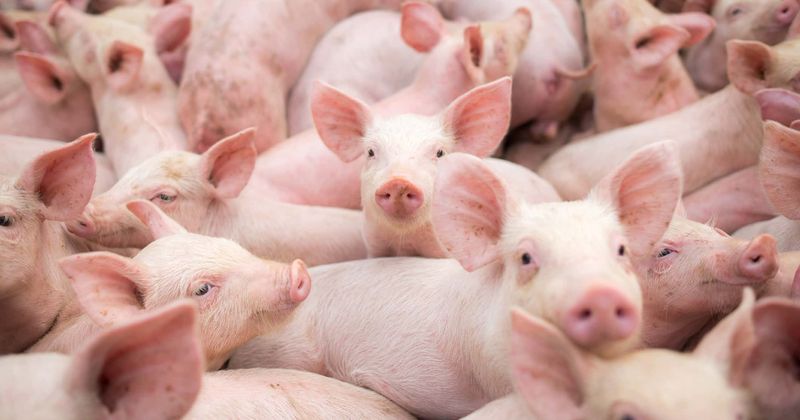 A company spawn from Oxford University is scaling up cell-cultured meat production in the UK – using technology developed in the same building as the AstraZeneca COVID-19 vaccine.

Ivy Farm Technologies plans to remove the equivalent of 170,000 pigs from the production line by producing over 12,000 tonnes of pork.

The process works by taking a small number of cells from a pig and placing them in a bioreactor. Once vitamins and nutrients are added, it is ready for harvest. This takes around three to four weeks.

Since developing the system, Ivy Farm is raising £16 million in order to build a pilot research and development production facility near the university.

It will mark the first step in the plan to become global industry leaders.

Moreover, the company says the ‘scaffold system’ it developed means it can produce cells more quickly and cheaply than any other technology currently available across the world.

It hopes to roll out slaughter-free sausages in supermarkets and restaurants by 2023.

Co-founder Russ Tucker is eyeing putting the UK on the map in the cell-cultured meat sector.

In a statement sent to PBN, he said: “If you look at the world around us, the way we currently produce and consume food is unsustainable.

“Already nearly half the worldwide harvest is required to feed livestock and that’s only going to go up.

“Cultured meat is the silver bullet – through cutting-edge technology, we can provide real, high-quality meat while saving the planet.

“Ivy Farm will be great for the environment, great for meat lovers, and great for animals as there’s no slaughter.”

People are becoming more interested in trying cell-cultured meat. According to Ivy Farm, more than 50 percent are willing to buy it.

It comes after the predictions claim a staggering 60 percent of all meat consumed in 2040 will not come from dead animals.

“We believe our technology is among the best in the world and that we can fly the flag for Britain.”

Currently, the company is in talks with the Food Standards Agency. They will have to authorize the products before they can be sold.

The post Company To Save 170,000 Pigs By Scaling Up Cell-Cultured Meat Production In The UK appeared first on Plant Based News.