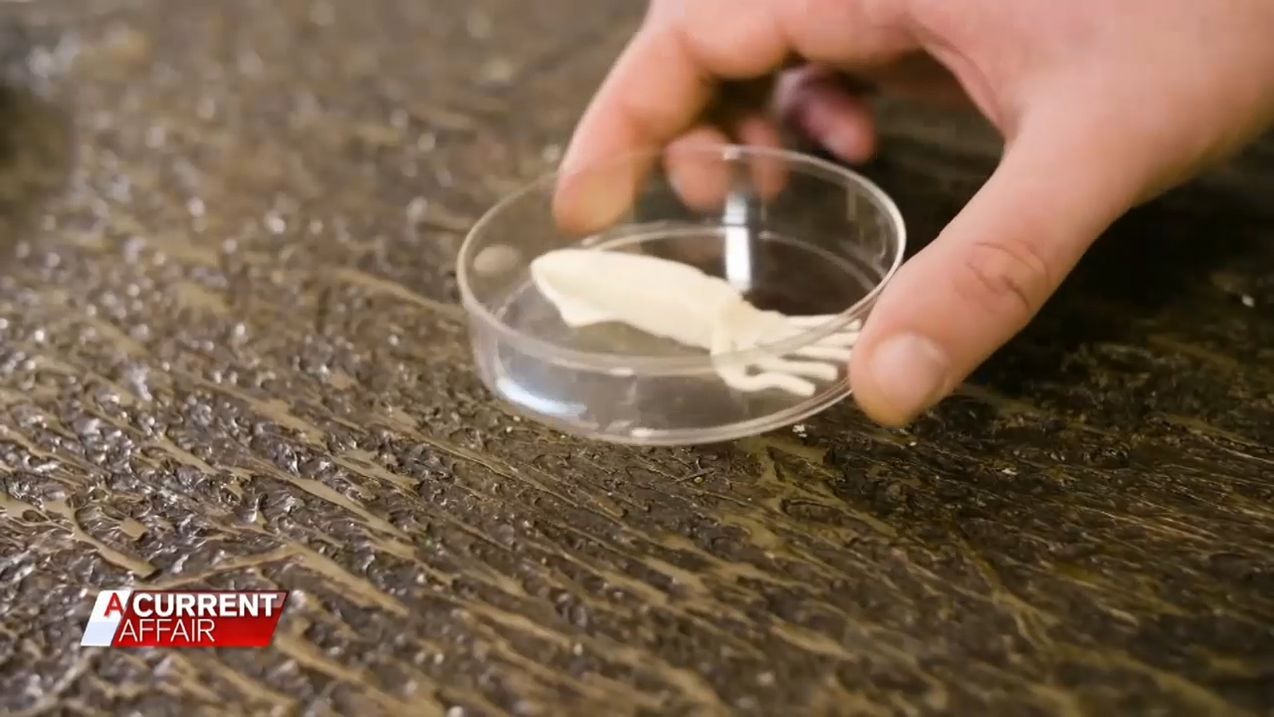 KFC is teaming with Russian scientists to produce lab-made chicken nuggets, and it's safe to say the move is ruffling some feathers.

It's 3D-printed food – but is it the future?

Scientists take some cells from a real chicken, multiply them in the lab into a paste, and gently place the substance into a printer.

That paste is turned into sheets, which are then cubed – and that's the new chicken nugget.

It might sound science-fictional, but as A Current Affair discovered today, a lot of customers wouldn't have a problem.

"If it tasted the same, what's the difference?" one KFC customer said.

"One is environmental and sustainability issues, and the second is creating enough meat to feed the world's growing population," she said.

But she said there was no nutritional value in the lab-grown meat being made now.

"Why don't we think about re-creating meat in a lab but also make it healthier?" she said.

But for butcher Adam Stratton, this lab meat won't replace the natural kind.

"There's no substitute for real chicken," he said.

"Difference in texture, taste, and (it's) natural, how can you go past natural products?"

KFC Australia told A Current Affair there were no changes planned for nuggets down under.