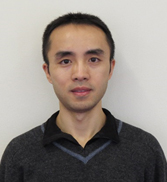 Most existing single-cell protein analysis methods can analyze about a dozen proteins at a time when the execution of nearly every conceivable cellular function depends on a complex and diverse proteome.

A new microchip assay called CycMIST (single-cell cyclic multiplex in situ tagging) can measure hundreds of functional proteins in a single cell with high throughput and sensitivity using a common imaging platform. The assay will enable in-depth investigations into the cell’s molecular machinery and may advance molecular diagnostics and drug discovery.

Developed in the laboratory of Jun Wang, PhD, an associate professor of biomedical engineering at Stony Brook University, the details of the new assay were published in an article in the journal Nature Communications titled, “Cyclic microchip assay for measurement of hundreds of functional proteins in single neurons.”

Large-scale protein detection has lagged behind genomics and transcriptomics approaches largely because unlike nucleic acids, proteins cannot be amplified. However, proteins constitute the workhorse of the cell and represent the inherent heterogeneity and complexity of biological systems. Therefore, understanding all proteins functioning in individual cells is the key to biological insights, disease diagnosis, and effective targeted therapeutics.

Lead author of the study, Liwei Yang, PhD, a postdoctoral scholar in Wang’s team said, “The CycMIST assay enables comprehensive evaluation of cellular functions and physiological status by examining 100 times more protein types than conventional immunofluorescence staining, which is a distinctive feature not achievable by any other similar technology.” CycMIST can analyze 10 times more proteins in individual cells compared to standard approaches like flow cytometry.

The CycMIST assay achieves high-throughput protein detection by repeated labeling of cells with affinity reagents and decoding biotin-labeled unique DNA tags. In the process, individual cells in a microchip well can be stained for four rounds by a cocktail of DNA-barcoded antibodies that are cleavable by ultraviolet light. Following each round of staining, the DNA oligos are released by ultraviolet irradiation and captured by a MIST array (multiplex in situ tagging).

The MIST array enables the decoding of the DNA barcodes and enables the identification of up to 50 types of released DNAs simultaneously. The authors noted, “The whole process overcomes the typical parking issue related with high multiplexity while the total multiplexity can increase by 40 to 50 for each round.”

The team then used a mouse model of Alzheimer’s disease (5XFAD mice) to further validate the assay. They performed CycMIST assays on tissue samples from the mouse pre-frontal cortex and could distinguish molecular features of the functional cellular proteome between 5XFAD and wildtype mice. Through profiling of the functional proteome, they uncovered the heterogeneity of brain cells, identified biomarkers, and revealed pathological mechanisms.

The researchers provided several potential drug targets for Alzheimer’s disease from their CycMIST analysis of the 5XFAD mouse model. Based on their findings, the authors claimed analysis of functional proteins using CycMIST is a promising approach for identifying new drug targets. In addition to high throughput and sensitive protein detection, the authors believe the adaptability, portability, and cost-efficiency of the assay increase the potential for commercialization of the cyclic microchip assay, although further experiments are needed to rigorously prove its efficacy.

“Affinity reagents are widely used to detect proteins though usually, they allow detecting only a few proteins per sample,” said Nikolai Slavov, PhD, an associate professor of bioengineering and the director of the single-cell proteomics center at the Northeastern University College of Engineering. (Slavov was not involved in the study). “The cyclic microchip relaxes this limitation by allowing for iterative analysis and detection of 182 proteins. Thus, the cyclic microchip offers a significant gain for protein analysis based on affinity reagents.”

Slavov pointed out, however, that the new method does not address the Achilles heel of using affinity reagents to detect proteins: “The limited specificity due to the promiscuous binding interactions of many protein affinity reagents.”

Nevertheless, the enhanced throughput and sensitivity of the CycMIST technology will be a valuable tool for mechanistic studies focused on uncovering the mysteries of the functional proteome in single cells.