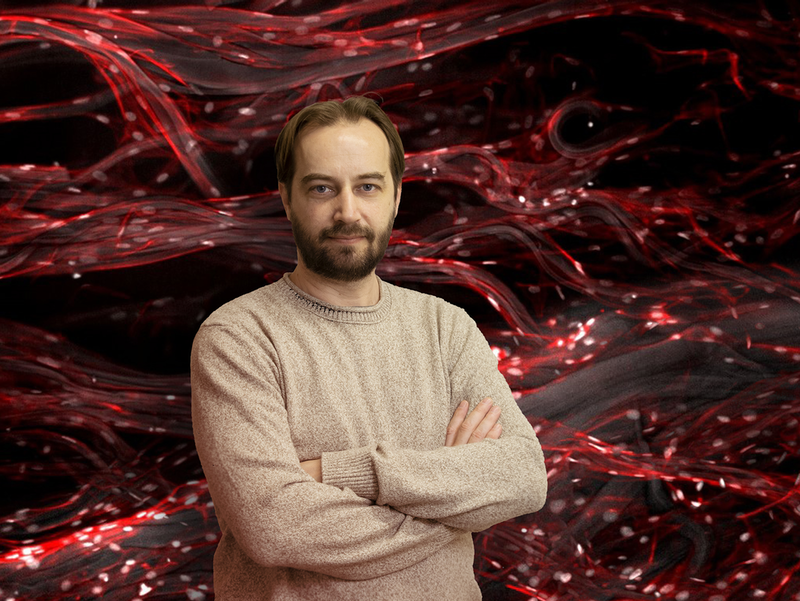 Winston Churchill—the well-known wartime leader and lesser-known Nobel Laureate in Literature—published an essay in 1931 in The Strand Magazine in which he imagined the future “Fifty Years Hence.” Many of his predictions turned out to be prophetic—wireless telephones, television, and nuclear power—while others read like science fiction. But one of his futuristic ideas—growing meat in a lab—may just be a few years away, if Luke MacQueen of Harvard University has his way.

After working on microchips for manipulating biological cells, MacQueen, a physicist by training, switched to developing technologies for engineering biological tissues. Now, he applies these techniques to grow synthetic meat from animal stem cells. In a conversation with Physics, MacQueen explained why he thinks engineered meat is the way of the future and what challenges he and others in the field need to overcome to make that happen.

What made you decide to work on growing meat in the lab?

I love eating meat, but I also love animals. I wanted to see if I could help find a way to get meat without slaughtering animals and without the negative impacts of meat production, such as environmental degradation and the proliferation of diseases that can affect humans. Synthetic, lab-grown meat has the potential to do exactly that, while still providing us with the pleasure of eating steaks, filets, or prosciutto.

How do you produce your synthetic meat?

The approach builds on technology developed for regenerative medicine. I work in a lab that investigates ways to engineer tissue for the replacement or repair of human organs. We use some of these methods to grow meat.

The first step involves what I call a high-tech cotton-candy machine. The machine takes in a solution of water and gelatin, spins it at a high rate, and sends out nano- and microfibers that get woven together into a slab. The texture of the slab mimics that of an animal’s muscular tissue—the part that gives meat its texture. We then immerse the slab into a solution containing stem cells from a cow or a rabbit, where it acts as a scaffolding for the cells to cling to and grow. We use myoblasts—stem cells that are already committed to turning into muscle cells. Once the solution has permeated the scaffolding, we turn the stem cells into muscle cells by tweaking the nutrients in the solution. Et voilà, we have long, thin threads of muscle, like in real meat.

How has physics helped you in this work?

Biological tissues are “multiscale systems” that encompass both micrometer-sized cells and the millimeter-to-centimeter-sized scaffolds and matrices in which the cells organize. Physics has many tools for multiscale modeling. Physics has also given me the ability to engineer the microfabrication devices I use to build “tissue chips,” on which I culture and monitor tissues in the laboratory.

Other labs and even some start-ups have grown meat in the lab. What’s special about your method?

We can finely control the meat’s texture. By tweaking certain experimental parameters, we can produce different scaffolding geometries and then make meat that mimics different types of muscular structures. We have prepared “unstructured” meat—think hot dogs or hamburgers—and more “structured” pieces that have textures closer to a steak or a slice of bacon.

I haven’t been able to try it yet. All the ingredients we use—water, ethanol, proteins from animals and plants—are edible, but the lab’s environment isn’t food-safe. That said, we are setting up a new facility, and I hope to soon get the chance to sink my teeth into a steak I’ve grown.

What needs to be done before lab-grown meat can compete with the real stuff?

The biggest challenges are scalability and price. To become a viable commercial alternative, engineered meat needs to be mass-producible at low prices. Our lab meat currently costs a couple of hundred dollars per kilogram. We need to reduce the price thirtyfold, and we have ideas for how to do that. But I believe that synthetic meat will first be sold as a high-end product for people who value its cruelty-free aspects and potential health advantages. And obviously we will need legal regulations for lab-grown meat—it’s encouraging that the FDA and the USDA have active groups focused on this topic.

What lab-grown meat products do you envision?

Growing meat in the lab gives us the freedom to explore options that don’t exist in nature. I’d like to see healthier types of meat, in which beef or pork muscle cells are combined, for example, with omega-3-rich fat from fish.

It is obviously unethical to eat pandas, dolphins, and other endangered species. But if all you need from them are cell samples, that’s another story. In the future, we might not even need cell samples from live animals because we’ll have their cells stored in frozen archives—modern versions of Noah’s Ark.

Know a physicist with a knack for explaining their research to others? Write to physics@aps.org. All interviews are edited for brevity and clarity.

A material that combines graphite with cellulose from wood pulp is lighter and stronger than structural materials like steels, titanium alloys, and carbon fibers. Read More »

Artery walls, tendons, and heart valves can generate an electric voltage when squeezed—an effect that could be harnessed to diagnose important diseases. Read More »