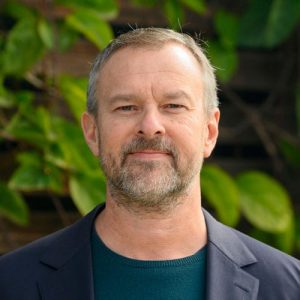 Metagenomi says the oversubscribed $175 million Series B financing it completed Tuesday will enable it to advance its lead in vivo and ex vivo gene editing therapy programs into the clinic.

The developer of CRISPR-based gene editing systems for developing cell and gene therapies also said the financing will allow it to expand its manufacturing, automation and artificial intelligence (AI) infrastructure, as well as further develop Metagenomi’s proprietary toolbox of next-generation gene editing systems.

“We look forward to the next phase of the Company’s development as we accelerate our lead gene editing programs, and open new treatment options in metabolic, cardiovascular, and CNS diseases, as well as in immuno-oncology,” Metagenomi co-founder and CEO Brian C. Thomas, PhD, said in a statement. “Our expertise in mining the world’s natural environments for novel gene editing systems has resulted in the discovery of a powerful suite of gene editing tools.”

Metagenomi’s pipeline consists of six in vivo programs and four cell therapy programs, all in preclinical phases. The in vivo programs focus on hemophilia A (lead optimization phase), four liver targets and cystic fibrosis using a CF Foundation grant (all in research phases).

The financing propels Metagenomi to a total $300 million in capital raised since it was launched in 2018 by Thomas, a onetime researcher at University of California Berkeley, and the metagenomics researcher in whose lab he worked for 10 years, Jillian Banfield, FRS, FAA, still based at UC Berkeley and a scientific founder of the company.

A year earlier, Thomas, Banfield, and colleagues published a paper in Nature showing how they used genome-resolved metagenomics to identify a number of CRISPR–Cas systems, including what they said was, to their knowledge, the first reported Cas9 in the archaeal domain of life—a protein they found in little-studied nanoarchaea as part of an active CRISPR–Cas system. In bacteria, they discovered two previously unknown systems, CRISPR–CasX and CRISPR–CasY, among the most compact systems yet discovered to that point.

Metagenomi emerged from stealth mode in November 2020 when it announced a $65 million Series A financing co-led by Humboldt Fund and Bayer’s investment arm Leaps by Bayer. Five months later, in April 2021, Metagenomi extended and closed the Series A at $75 million, as RA Capital Management joined the round’s investor syndicate.

“From the very beginning, we knew the Metagenomi Discovery Platform was going to be a unique and revolutionary technology development platform. We are proud to support the Company’s growth to further the development of new and transformative treatment options,” stated Sebastian Bernales, PhD, a Metagenomi co-founder and director who is General Partner of Humboldt Fund.

Moderna agreed in return to pay Metagenomi upfront cash; fees tied to exercising options for targets of interest; payments tied to achieving development, regulatory, and commercial milestone payments; plus tiered royalties on net sales of any products commercialized by Moderna. Also, Moderna agreed to make an equity investment in Metagenomi in the form of a convertible note.

“This important collaboration represents another milestone on our journey to create transformational genome-engineering based medicines for patients,” Moderna CEO Stéphane Bancel wrote in the company’s 2021 Shareholder Letter.

Bancel said the Metagenomi collaboration was one of two partnerships through which the company’s Moderna Genomics unit aimed to expand the use of its platform to create more innovative drugs. The other is a three-year strategic research collaboration with Vertex Pharmaceuticals launched in September with the initial goal of discovering and optimizing novel lipid nanoparticles (LNPs) and mRNAs that can deliver gene-editing therapies to cells in the lungs.

“Our vision is to be a leader in large, complex genomic editing, and our strategy is to invest internally and to set up licensing agreements with next-generation gene editing companies,” Bancel added.

Moderna and Leaps by Bayer were among participants in the Series B financing, which was led by PFM Health Sciences, Farallon Capital Management, and an undisclosed “leading global investment firm.”

“We are honored to be supported by an impressive group of investors who understand the enormous potential of our gene editing capabilities,” Thomas added.