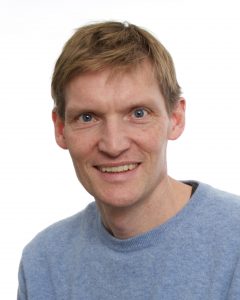 In a new study that could have important implications for cancer immunotherapy, scientists at the University of Basel and University Hospital Basel present evidence showing immune T cells that attack pathogen-infected and tumor cells require adequate levels of the mineral magnesium to activate, transmit signals, reprogram metabolism, form physical bridges between T and target cells, and ultimately kill errant cells.

Earlier studies have shown mice on a low-magnesium diet are more susceptible to flu viruses and experience faster metastatic progression of cancer. Yet, how magnesium influences the immune system has been unclear until now.

“As clinicians we noted that hypomagensemia, while very common, is often overlooked or not even measured. Taking this clinical observation to PubMed, we found that organismal depletion of magnesium was suggested previously to impact on the immune system. We thus asked the question whether extracellular magnesium plays a role in regulating T cell function,” said Christoph Hess, PhD, professor at the department of biomedicine at the University of Basel and University Hospital Basel and the department of medicine at the University of Cambridge.

Through a study that adopts approaches ranging from structural biology and basic biochemical assays to preclinical immunology and clinical research, Hess and his team show magnesium is important for the functioning of a cell surface protein on CD8+ T cells called leukocyte function-associated antigen 1 (LFA-1). The findings are published in a January 19 article in the journal Cell titled, “Magnesium sensing via LFA 1 regulates CD8+ T cell effector function.”

“The abundance of ions in the microenvironment, including secondary lymph nodes and the tumor microenvironment, has been re-visited as a critical regulator for tailoring T-cell immune response,” said Ping-Chih Ho, PhD, associate professor at the department of fundamental oncology at the University of Lausanne, Switzerland, and who was not involved in the current study.

LFA-1 is an integrin protein—a type of transmembrane receptor that facilitates communication between the cell and the extracellular matrix (ECM)—and is involved in T-cell activation, immune synapse formation, leukocyte trafficking, and the movement of T cells from blood vessels into the surrounding tissue (extravasation). In the process of T-cell activation, LFA-1 acts as a docking site for target cells.

Hess, who is senior author of the paper, said, “In the inactive state this docking site is in a bent conformation and cannot efficiently bind to infected or abnormal cells. This is where magnesium comes into play. If magnesium is present in sufficient quantities in the vicinity of the T cells, it binds to LFA-1 and ensures that it remains in an extended and active conformation.”

“Our data demonstrate that magnesium is a critical catalyzer of the specific CD8+ T cell effector function,” Hess added. “Magnesium and magnesium sensing via the co-stimulatory molecule LFA-1 are taking center stage now in the context of infection and cancer-directed immunity.”

This mechanistic finding that validates the necessity of magnesium for T cell function is highly relevant for cancer immunotherapies that attempt to mobilize cytotoxic T cells to target and kill tumor cells. In studies on mouse models of cancer, the researchers showed the immune response of T cells against tumor cells is strengthened by an increase in local magnesium concentrations in the tumors.

Magnesium holds translational potential in a variety of treatment modalities used in oncology. For instance, Blinatumomab is a drug that improves B cell cancers but the treatment is accompanied by a decrease in blood magnesium levels in 12–22% of patients who are treated with the drug. In the current study, the authors showed that combining Blinatumomab with monoclonal antibodies that maintain the open and active conformation of LFA-1 increases the killing of targeted cancer cells both in the presence and absence of magnesium.

Jonas Lötscher, PhD, a postdoctoral researcher in Hess’ lab and first author of the study, along with other members of the team, analyzed data from earlier clinical trials on cancer patients to show immunotherapies were less effective in patients with insufficient levels of magnesium in their blood (hypomagnesemia).

Limitations of the current study include the lack of cellular heterogeneity in the acute cancer models used in the animal model experiments which indicate that the findings cannot be generalized or used to predict long-term outcomes of increasing LFA-1 signaling.

Lötscher admitted the current study cannot confirm whether a regular intake of magnesium affects the risk for developing cancer. “As a next step, we’re planning prospective studies to test the clinical effect of magnesium as a catalyst for the immune system,” said Lötscher.

In future studies, Hess and his team aim to translate their findings into clinical development. “In order to verify this observation clinically, we’re now looking for ways to increase the concentration of magnesium in tumors in a targeted manner,” Hess said.