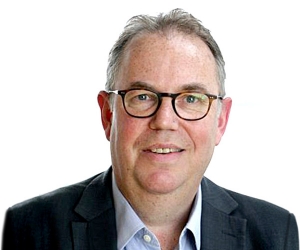 Merck & Co. will apply Curve Therapeutics’ mammalian cell drug discovery platform to identify and optimize novel small molecule drug candidates against targets to be selected by the pharma giant, through a collaboration that could generate up to $1.7 billion for the U.K. startup.

Curve Therapeutics and Merck have agreed to discover and validate modulators of up to five therapeutic targets using Curve’s Microcycle® platform, initially for indications in oncology and neurology.

The focus on oncology complements much of Curve’s existing, all-preclinical pipeline, which is led by a dual inhibitor of hypoxia inducible factor (HIF) 1 and HIF-2 in its lead optimization phase. The dual inhibitor is designed to outperform HIF-2 selective inhibitors in clear-cell renal cell carcinoma—with potential, the company says, for further application in multiple HIF driven solid tumors.

Also in Curve’s pipeline are two small molecule programs: A Forkhead Box A1 (FOXA1) inhibitor in the Microcycle screening phase, with potential to treat hormone refractory breast and prostate cancer; and a drug targeting the G12D mutation of KRAS, the most frequently mutated oncoprotein in human cancers. In May 2021, the FDA granted accelerated approval to the first KRAS inhibitor, Amgen’s Lumakras (sotorasib).

“This collaboration is a major milestone for Curve and an important endorsement of our ground-breaking drug discovery platform,” Curve CEO Simon Kerry, PhD, MBA, said in a statement. “Working with MSD [as Merck is called outside the U.S.] on selected therapeutic targets will complement Curve’s in-house drug discovery and development programs.”

Curve says its platform is designed to enable the panning of diverse hexameric cyclic peptide or “Microcycle” libraries against a wide variety of therapeutic targets expressed in their native intracellular environment, and allow selection of hits solely on the basis of their biological function. The platform is intended to enable discovery of biologically active molecules against targets—including protein-protein and protein-DNA interactions—that have been undiscovered through conventional drug discovery techniques.

Though the platform, each library member can engage with a target that is presented in all of its native conformations in the cytoplasm of a mammalian cell, and which also shows a propensity for identifying Microcycles that engage with allosteric or cryptic sites. Microcycle hits are generally cell penetrant, allowing rapid biological validation and structural biology studies.

Curve is also developing a microfluidic version of the Microcycle platform as a next-generation evolution intended to allow very high throughput and high efficiency functional screening and characterization within a single femtolitre liquid droplet. The microfluidic version is being developed to allow co-encapsulation of mammalian cells with a Microcycle library within the droplets, enabling the discovery of functional hits against membrane proteins in their native conformation.

Under its partnership with Merck, Curve has agreed to perform high throughput mammalian cell-based functional screening, hit characterization, data-mining and analysis, and optimization using Microcycle, which is designed to enable direct selection of functional hits against targets expressed in their native intracellular environment.

Those hits, according to Curve, facilitate rapid biological validation and structural biology, and are readily converted to leads for new small molecule candidates.

“Screening a genetically encoded Microcycle® library against proteins in their native intracellular state is unique in drug discovery and Curve’s platform creates an unprecedented opportunity to discover functional hits that are readily converted to small-molecule leads against the most challenging targets in drug discovery,” stated professor. Ali Tavassoli, Curve’s chief scientific officer.

Tavassoli and members of his lab at the University of Southampton, U.K., developed the Microcycle platform, then formed Curve in 2019 to commercialize their research. Founding investor Advent Life Sciences established Curve, with Epidarex Capital later joining as a co-lead investor.

Merck has agreed to oversee lead optimization, clinical development, manufacturing and commercialization of compounds identified through the collaboration.

The up-to-$1.7 billion that Merck has agreed to pay Curve will consist of an undisclosed upfront payment, plus payments tied to achieving research, development, and commercial milestones—as well as royalties on net sales of any approved products resulting from the alliance, the companies said.