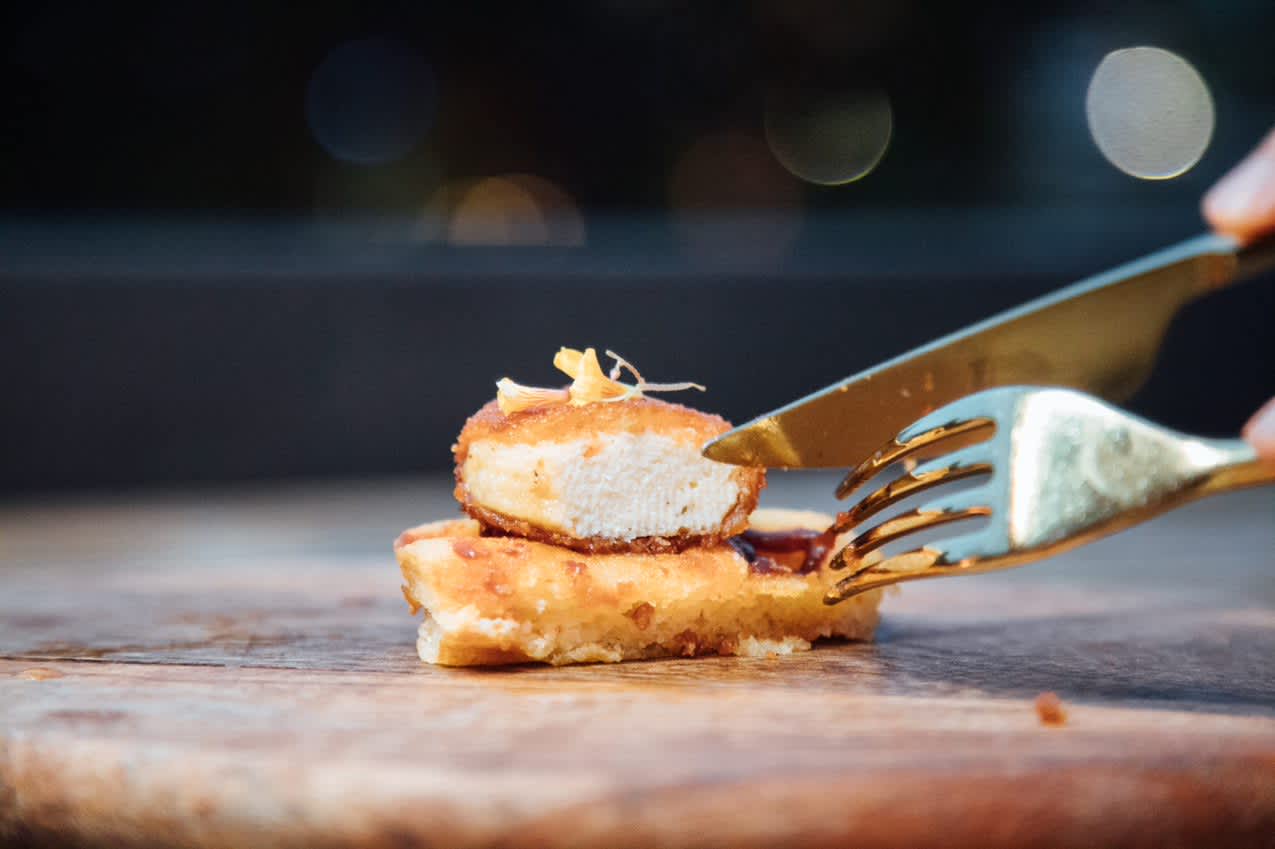 This article was originally published by The Triple Pundit.

Some might know Eat Just, Inc. for being the first company worldwide to introduce lab-grown chicken, better known as cultured meat, for safe human consumption. Now the California-based company made waves again by partnering with Foodpanda, Asia’s top grocery and food delivery platform, to supply cultured meat to your table for the first time - if you live in Singapore.

Since April 22, Singaporeans have been able to choose from three cultured chicken dishes curated by the Eat Just Good Meat brand; the orders are then available for delivery via the Foodpanda app. This follows Good Meat’s debut in at a Singapore restaurant back in December of 2020, shortly after Singapore became first country in the world to have cultured meat approved by its government. According to Eat Just, Good Meat is sustainable, and Foodpanda is distributing the products in a more responsible way. Each order is delivered by Foodpanda riders on e-bikes and comes in an eco-friendly packaging together with a Google Cardboard VR headset. While having an in-home tasting experience, diners can use the headset to enjoy an immersive film about environmental protection. Responses amongst those who have tried Good Meat have been mostly positive. Findings show that 70 percent of Singaporeans who have tried Good Meat stated that its taste was as good or better than conventional chicken, and almost 90 percent of those diners said they would substitute traditional chicken with cultured chicken. In the upcoming months, Good Meat and Foodpanda say they plan to offer new dishes for delivery and seek to work with other restaurants in Singapore. Cruelty-free meat trends outside of Singapore But besides creating a different, and apparently tastier, culinary experience at home, why is this important? For starters, lab-grown meat (also called “cultured meat”) has been reported to have a less harmful impact on the environment. The procedure could decrease energy consumption by more than 50 percent and use 100 times less land than that needed to raise livestock. According to The United Nations Food and Agriculture Organization (FAO), livestock production is responsible for around 14 percent of greenhouse gas emissions, so pollution is reduced as well. On top of that, new developments such as lab-grown meat could save countless numbers of animal lives that are usually object to unethical farming practices. As founder and CEO of Eat Just, Josh Tetrick, stated earlier this month: “I care deeply about mitigating climate change and about preserving biodiversity. But there's something deep in our value system about behaving in a kind and caring way, and our food system should represent that.” “Food is at the core of our business, and ensuring that we have a sustainable food ecosystem is an important agenda for us,” added Jakob Angele, the CEO of Foodpanda APAC, in a public statement. One question that remains is how feasible it is for other country’s food and restaurant sectors to adopt these products and how quickly such a shift could occur. Challenges lie ahead for lab-based meat According to The Good Food Institute, there are many challenges that governments and food countries address before cultivated meat becomes widely available and cost-effective. “The limiting steps to ultimately making this ubiquitous are regulatory approval, scale and consumer education,” said Tetrick. “We can’t just focus on one, we’ve got to focus on all three.” Some companies, such as the Korean startup DaNAgreen, appeared to have overcome the cost obstacle, and plan to enter the Singapore market in 2021. The Belgian startup Tiamat Sciences claims to be joining the competition soon as well. Further, a restaurant in Tel Aviv has been testing cultured chicken, although as of press time it is still in development stage. It might take a while for lab-grown meat to become available in the U.S. given that a regulatory framework for cultured meat is still in its infancy. The good news is that collective efforts are moving in the right direction: Leading cultured meat startups such as Memphis Meats, Eat Just and Finless Foods have teamed up to form a lobbying group to work with U.S. regulators. To that end, Memphis Meats, Eat Just and Finless Foods have teamed up to form a lobbying group to work with U.S. regulators in a bid to accelerate the process. "After Singapore we'll move to the U.S. and Western Europe," said Tetrick. The partnership between Eat Just and Foodpanda marks an important milestone in the mass adoption of cultured meat. The partnership between the two companies increases the product’s awareness and interest, and it makes it potentially available to thousands of homes. “We are hoping and expecting that the U.S., China, and the EU will pick up the gauntlet that Singapore just threw down,” asserted Bruce Friedrich, executive director of The Good Food Institute. “Nothing is more important for the climate than a shift away from industrial animal agriculture.” "As nations race to divorce meat production from industrial animal agriculture, countries that delay their investment in this bright food future risk getting left behind,” Friedrich added. Apparently, Winston Churchill had envisioned such a development in the works, when in 1931 he predicted, “We shall escape the absurdity of growing a whole chicken in order to eat the breast or wing, by growing these parts separately under a suitable medium.” It is yet to be seen if we will be able to fulfill his desire. Image credit: Eat Just cultured meat eat just finless foods memphis meats finless meat chicken cultured lab-grown investment