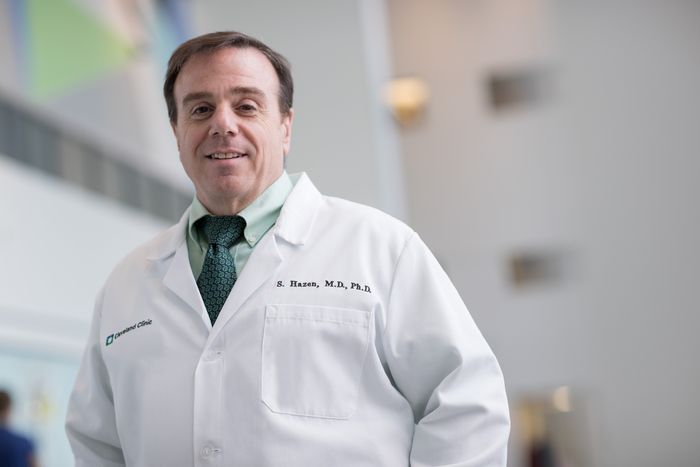 “Blood levels of TMAO are a predictor of future risks of heart attack, stroke, and death,” said Stanley Hazen, MD, PhD, who directs the Center for Microbiome & Human Health, chairs the department of Cardiovascular Disease & Metabolic Sciences at The Cleveland Clinic, and is a practicing physician. TMAO promotes blood clotting and atherosclerosis.

The study was published in the journal Nature Microbiology on December 23, in an article titled, “The microbial gbu gene cluster links cardiovascular disease risk associated with red meat consumption to microbiota l-carnitine catabolism.” The new findings clarify the links among γBB, red meat ingestion and CVD risks, and identifies the microbial genes that convert γBB to TMA.

“These new studies identify the gut microbial gene cluster responsible for the second step of the process that links a red meat-rich diet to elevated cardiac disease risks,” said Hazen, senior author of the paper. “This discovery helps point us towards new therapeutic targets to prevent or reduce diet-associated cardiovascular disease risk.”

Hazen said, multiple gut microbes can convert dietary carnitine to γBB, but very few can transform the γBB to TMA, the precursor to TMAO. “In omnivores, Emergencia timonensis is the primary human gut microbe involved in the transformation of γBB to TMA/TMAO. Conversely, long-term vegetarians and vegans have very low levels of this microbe in their gut and therefore have minimal to no capacity to convert carnitine into TMAO.”

Based on analysis of human plasma samples and clinical data from nearly 3,000 patients, the researchers show higher fasting γBB levels were associated with CVD, non-fatal heart attack, stroke and death.

Through RNA-sequencing of Emergencia timonensis, the researchers identified a six-gene cluster that they called ‘gbu’ for ‘gamma-butyrobetaine utilization’. Expression of the genes in the gbu cluster increases in response to γBB.

Based on combinatorial cloning and functional analysis the researchers identified four genes in this cluster (gbuA, gbuB, gbuC and gbuE) that can recapitulate the conversion of γBB to TMA when introduced in another bacterial species, Escherichia coli, indicating their essential role in the biochemical conversion.

Finally, by analyzing 113 patient samples from a clinical, randomized diet, intervention study, the authors show that the abundance of fecal gbuA is linked to plasma TMAO levels and a red meat-rich diet.

“Patients who transitioned to a non-meat diet went on to exhibit reduced gut microbial levels of gbuA. This suggests that dietary modifications may help reduce diet- and TMAO- associated cardiovascular disease risk,” Hazen said. “The gut microbial gene cluster discovered is now a therapeutic target for development of pharmacological agents.  Work on that is ongoing.”