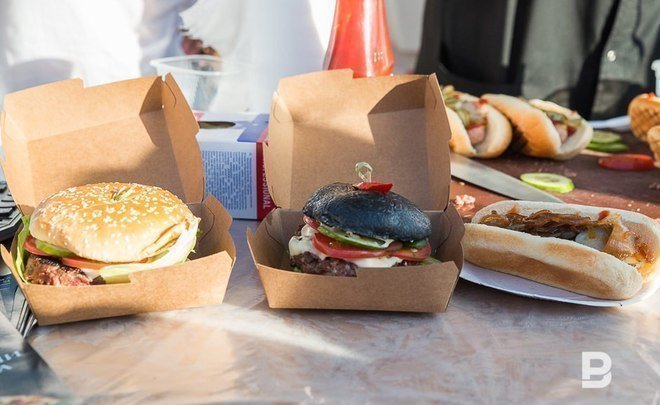 A laboratory-grown meat project is developed in Kazan

The Centre for Nanotechnologies of the Republic of Tatarstan together with the Institute of Fundamental Medicine and Biology at Kazan Federal University have been developing laboratory-grown horse meat and sturgeon technology for about a year already. If everything goes according to plan, the Kazan laboratory will present experts real meat cutlet made with no harm to animals no later than in three years.

A revolution in the food industry has been calmly looming in KFU Professor Albert Rizvanov’s laboratory: muscle cells of horse and sturgeon are grown here to create cultivated meat. Real animals almost don’t suffer. Their tissue sample is taken, stem cells come from them. These cells are loaded to a special breeding ground to the bioreactor. In the reactor, they differentiate into muscle cells, ripen and proliferate. In a word, this is the essence of cultivated meat technology. The Centre for Nanotechnologies of the Republic of Tatarstan in the university laboratory under Rizvanov carries out this project in Kazan.

If we go into the process, it is very complicated. It is little to buy a bioreactor and breeding grounds. It is important to choose correct conditions inside the reactor (pressure, temperature, humidity), use the optimal breeding ground, choose the correct concentration of oxygen and carbon dioxide, use a sterile laminar box — not to introduce external microorganisms into the substance — consider hundreds of factors to provide a result that is as close to the goal as possible.

This technology is now tried to be created and developed around the world: there are already tens of start-ups with meat grown in the lab. For instance, the Ochakov Food Ingredients Plant deals with such developments in Russia. The ISS has scientific projects for bioprinted meat. The technology process is based everywhere on the same principles, the difference is just in details and improvements. The Kazan lab has such improvements too, but their gist isn’t revealed — it is classified information.

Mikhail Bondar, the director general of the Centre for Nanotechnologies of the Republic of Tatarstan, told Realnoe Vremya:

Artmeat CJSC, which carried out the project on behalf of the Centre for Nanotechnologies, plans to take it to the industrial scale.

The project is about a year old. Mikhail Bondar said what they had managed to achieve during this time:

“We have learnt to differentiate stem cells into muscle cells, cultivate them in the nutritious substrate and keep them alive making sure they continue proliferating. Now we are working with muscle cells only and know how to cultivate a certain number of them (millions of cells in two weeks). However, it isn’t the end product, of course. The next stage of the project is scheduled to be financed in 2020, and after this stage, we want to show a ready prototype of the first product — a laboratory-grown minced meat mass.”

To get meat, muscle cells alone aren’t enough. Adipose tissue is also needed (to make the product tasty), сonnective tissue (so that the meat is juicy and its structure looks like real meat as much as possible). To create a meat structure, scaffolds are used — it is edible frames around which muscle and fat cells are cultivated by bioprinting. So it will be possible to create not only minced meat but also real lab-grown stakes in the near future. Tissue printing on edible frames is the next stage of the research, a technology that needs to be mastered. And the Kazan laboratory starts to master this technology this year. But, according to Mikhail Bondar, it won’t be possible to have a lot of meat on the lab’s printer: even when the technology is well-oiled, it will allow printing very little amounts of meat. The director of the Centre for Nanotechnologies warns the mass media about loud headlines:

“It is impossible to be talking about industrial capacities. To launch the production, it will be necessary to deliberately create an industrial technology, while now we have just a laboratory, R&D. The industrial technology will be very different from it: there will be bioprinting, and probably there will be other technologies to create the end product. We do have the product that can be demonstrated, we plan to show it in 2-3 years. And if it interests the industry, the technology can be expanded and adapted to mass production.”

Why make science fiction a reality

It seems that cultivated meat doesn’t come from books and futurology. The population of the Earth rapidly grows: if we were 5 billion in 1987, we totalled 6 billion in 1999, 7,7 billion in 2019. If the growth dynamics don’t change, 9 billion people will live on the planet by 2024, according to the United Nations Population Fund’s forecasts.

Moreover, humankind hasn’t defeated hunger yet. 115 million people had a crying need for food in 2018. To provide the growing population of the planet with food, it is necessary to introduce their new production technologies. Now animal husbandry consumes about 70% of used land and about 30% of all potable water on the planet.

Plus, numerous campaigns against killing animals for meat are gaining traction around the world. This is why a laboratory-grown meat technology looks like an ideal way of avoiding environmental, demographic and humanistic problems.

The first burger with cultivated meat was made in 2013 and cost $325,000. Over six years, it has cheapened about 10,000 times. The projects that have reached an industrial scale provide cultivate meat to the market: it is approximately 12 times more expensive than natural meat. After the technology is developed and scaled up, a partner from the food industry will join it, according to experts’ assumptions. Bondar says that they are holding talks with not only Russians but also foreign companies, the interest in this topic steadily grows.

The post Cutlet of Kazan cultivated horse meat can be tasted in 2-3 years appeared first on Clean Meat News Australia.