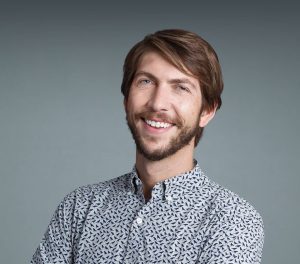 Just as balsamic vinegar and olive oil when sloshed together separate into distinct phases, phase separation of viscous droplets in the crowded belly of the cell can concentrate certain biomolecules and accelerate biochemical reactions. Yet, the importance of such liquid phase separations (technically called, condensates) in biologically relevant phenomena such as fluctuations in molecular signaling have been difficult to pin down.

“People generally try to assess the importance of these droplets by chopping or changing molecules that are integral to their formation. They see, when droplets fall apart the cell is broken, and they conclude condensates are important,” said Liam Holt, PhD, an associate professor in the Institute for Systems Genetics at NYU Langone Health. “But there are two reasons why the cell might have broken—either the viscous droplets or the molecule that was changed or chopped, is crucial for the cell.”

Liquid droplets in cells are a complex, heterogenous mix where some molecular components play a crucial structural role, in addition to other functions. Studying simpler synthetic droplets presents an opportunity to better understand universal principles through systematic variations of individual parameters.

“This work uncovered several important angles of the potential roles of biological condensates in cell signaling. The idea that such signaling condensates operating on flexible or disordered scaffolds can act as sensors responding to the changes in the cellular milieu is very appealing,” said Vladimir Uversky, PhD, DSc, a biophysicist and professor at the college of molecular medicine at USF Health in Tampa, Florida. (Uversky was not involved in the study).

“Sang et al., have begun an exciting exploration of the little-understood role of condensed-phase signaling and the effect of phase separation on intracellular molecular crowding and cellular reaction dynamics. Their innovative research confirms that kinase-substrate connections are accelerated within condensates and partially regulated by phosphorylation,” said physician and evolutionary biologist, William Miller, Jr., MD, author of Bioverse.  “The relevance for human health is notable. It uncovers a connection between intracellular hyperphosphorylation and the tau neurofibrillary tangles believed responsible for Alzheimer’s.” (Miller was not involved in the study).

The Holt team used two droplet condensate systems in their investigations—one completely artificial and one inspired by a real biological system that exists in human cells. These systems grew out of two collaborations.

“We spent time with Mike Rosen, PhD, from UT Southwestern, a leader in the field, and others from around the world including Tony Hyman, Ron Vale, Amy Gladfelter, at the marine biology labs at Woods Hole. That’s where we started this project about five years ago,” said Holt.

One of the droplets that Holt uses in the current study was inspired by a simplified system developed by Michael Rosen, PhD, professor and chair of biophysics at UT Southwestern. Rosen’s droplets in turn were inspired by a biological system called PML nuclear bodies— condensates of RNA and protein involved in splicing, transcription, viral defense, and apoptosis. One of the key proteins in PML nuclear bodies is an enzyme that puts tags on protein substrates called SUMO (Small Ubiquitin-like Modifier) and that binds with SIMs (SUMO interacting motifs) to form a network.

“Mike’s hypothesis was that the network of interactions between SUMO and SIM would be sufficient for a condensate. And that’s true. Chains of SUMO and SIM domains on a peptide form networks that form condensates,” said Holt. Holt’s SUMO-SIM inspired flexible condensate is much simpler than Rosen’s with only one protein that forms the condensate.

The other, more rigid condensate that Holt’s team used was even more synthetic and was born out of an ongoing collaboration with Emmanuel Levy, PhD, and Meta Heidenreich, PhD, scientists at the Weisman Institute in Israel. They developed a highly structured condensate system with dimeric, tetrameric, or hexameric proteins that formed expansive, rigid shapes, comparable to crystalline networks.

“These don’t work well as catalysts and we investigate the reasons in our paper,” said Holt.

How do you work with entities that have no names? During their work at the Woods Hole marine biology labs in the summer of 2017, Holt and his colleagues invented a new nomenclature that aided their discussions on droplets, and they use these new terms in their current paper.

They use the term “scaffold” for the protein that forms the condensate. For example, the SUMO-SIM molecular mesh is the scaffold in Holt’s flexible condensates. The scaffold absorbs components added to the reaction crucible of the liquid droplet.

“Clients” on the other hand, are the proteins that get absorbed into the crucible and whose behaviors may change within the crucible. In Holt’s current study the clients are kinases—enzymes that catalyze the attachment of phosphate to protein substrates. Kinase-directed phosphorylation of lipids and proteins is one of the main ways cells compute information.

“[In this study] we look at how this information is flowing when the clients are in the condensate versus when they aren’t,” said Holt.

“We generally found increased activity and broadened kinase specificity [in condensates],” the authors noted. Holt’s team found an increase in the rate of phosphorylation in some synthetic condensates that could in part be attributed to the increase in the concentration of the kinase and its substrates. However, that is not the whole story.

“Increase in concentration of the reactants increases biochemical reaction rates, which then get saturated. But it does not explain all the effects we see,” said Holt.

Having two different types of condensates, one rigid and the other flexible, was useful in parsing out other possible explanations for the increased rate of phosphorylation in the condensates.

“In the more rigid condensates, we can increase the concentration of clients a lot and we don’t see an increase in certain types of phosphorylation. The SUMO-SIM condensates that are more flexible, are much more efficient with the same concentrations,” said Holt.

This shows that it’s not just the concentration of clients that affects phosphorylation. Holt’s team found that other factors that affected phosphorylation in the condensates included the number of available binding sites and whether these can cluster.

Increased concentrations and the resulting molecular crowding in the condensates may increase the rate of phosphorylation by increasing the proximity of substrate and enzyme pairs that react but it could also lead to masking of enzymatic active sites resulting in a reduction in activity.

“We found that phosphorylation within condensates can respond to molecular crowding, thus creating a biophysical sensor,” the authors noted.

In flexible condensates, molecular crowding tended to increase the rate of phosphorylation, while in rigid condensates it did the opposite. Holt proposes some hypotheses to explain these observations, which at this stage remain speculations since such hypotheses are difficult to test due to technical limitations of microscopy.

“While we don’t completely understand what’s going on, one possibility is that molecular crowding compresses the flexible condensates, pushing the enzyme and substrate closer together. The rigid ones are hard to compress. They don’t feel that effect much,” said Holt. “Another possibility is that crowding could make things stick together. Under normal conditions in the rigid condensates, the substrate and the kinase flow freely and can find each other. If you force them to stick more strongly at points in the crucible, it could keep them apart leading to a reduction in reaction rates.”

In Alzheimer’s disease, tau proteins acquire excessive phosphates at certain residues which causes them to form aggregated tangles that are frequently observed upon autopsy in neurons of Alzheimer’s disease patients. Earlier studies have shown, tau can turn into a phase-separated liquid state. In disease, the phosphorylated tau aggregates.

Holt said, “We looked at tau when it is diffused in the solution versus when it is separated into a liquid droplet but not in the aggregate state. It is not known whether tau separates into liquid droplets in normal cells, but it probably does to some degree.”

To analyze tau in solution and condensates, Holt collaborated with NMR spectroscopist Markus Zweckstetter, PhD, a professor at the University of Göttingen in Germany. NMR or nuclear magnetic resonance spectroscopy is a technique that can provide detailed information about molecular structures, dynamics, reaction states, and chemical environments in solution through the analysis of local magnetic fields around atomic nuclei obtained upon pulsing solutions with radio waves.

“In the condensed droplets, the phosphorylation of the tau sites that are associated with Alzheimer’s disease was three times faster,” said Holt.

Holt’s team showed phosphorylation of tau by CDK2 (cyclin dependent kinase 2) was increased in the condensed phase at sites associated with Alzheimer’s disease. This observation offers an interesting gateway into a potential new disease mechanism for Alzheimer’s disease.

Holt plans to follow up on the findings of this study. The tau experiments presented in this paper were all in vitro. “We’d like to use NMR to see whether crowding changes tau condensation and whether that affects phosphorylation in the cell and could that lead to death of neurons,” said Holt.

“We’re starting to look at neurons in the lab and beginning to study whether molecular crowding can drive neurodegeneration,” said Holt.

Holt’s team also hopes that their findings will advance the design of other cellular condensates that respond to physical forces and trigger the application of these systems as sensors capable of detecting malignancy.