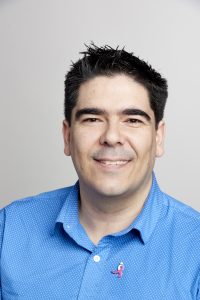 Months, sometimes years, after receiving a clean bill of health, cancer survivors may experience recurrences of the dreaded disease at a different location in the body. Scientists at Mount Sinai have identified a regulatory protein called srGAP1 in breast cancer cells that serves as a molecular switch between invasive and proliferative states. This enables the cancer cells to remain in a sleeping state and go undetected by the body’s immune system and targeted therapeutics.

The findings were published in the journal Cell Reports (“A proliferative to invasive switch is mediated by srGAP1 downregulation through the activation of TGFβ2 signaling“).

“Using the most advanced cutting-edge technologies in combination with high-resolution light-sheet microscopy, the authors demonstrated a novel mechanism that mediates a proliferative to invasive switch in breast cancer cells,” said Lucia Borriello, PhD, assistant professor at the department of cancer and cellular biology at the Fox Chase Cancer Center. “This is a very exciting and important work that highlights the importance of considering phenotypic changes of cancer cells during therapeutic treatments.” (Boriello was not involved in the work.)

“Breast cancer metastasis can occur years after treatment of the primary tumor. This delay in growth is regulated by ‘dormancy’ where cancer cells remain asleep before they restore growth,” said Javier Bravo-Cordero, PhD, associate professor of hematology and oncology at the Tisch Cancer Institute at the Icahn School of Medicine at Mount Sinai, and senior author of the study.

This dormancy of cancer cells that frequently foils surgically, chemotherapeutic, and even immunotherapeutic treatment regimens of combating cancer, motivated Bravo-Cordero to investigate the mechanisms underlying the migration of breast cancer cells from primary tumors and the dormant state that enables these mobile cancer cells to evade immune detection upon dissemination. Bravo-Cordero was intrigued by the balance of proliferative and invasive programs in cancer cells.

“The study shows that highly invasive breast cancer cells can also remain dormant in a nonproliferative state at metastatic organs. They do so by downregulating a protein named srGAP1,” said Bravo-Cordero.

Bravo-Cordero’s team demonstrated srGAP1 is a negative regulator of tumor invasion and extravasation—the process that enables cells to move out of a blood vessel and into tissue spaces. Cancer cells expressing low levels of srGAP1 are highly motile and are arrested in phases of their life cycles called G zero (resting phase) or G1 (growth phase), in organs distant from the primary site of the tumor. Their dormancy is extended by the activation of a molecular pathway called the TGFβ2-Smad2 pathway.

Bravo-Cordero considers himself fortunate in finding a collaborator in Nobel laureate Eric Betzig, PhD, a scientist at the Janelia Research Campus, and an investigator of the Howard Hughes Medical Institute at the University of California, Berkeley, who developed single-molecule microscopy.

“We utilized his lattice light-sheet imaging technology to image the extravasation of tumor cells from blood vessels at high spatiotemporal resolution,” said Bravo-Cordero.

Using high-resolution light-sheet microscopy the team demonstrated that breast cancer cells use cytoskeletal protein filaments called actin to stretch their cell membranes forward, between cells lining blood vessels, during extravasation. The team found solitary dispersed cancer cells expressing low levels of srGAP1 in the lungs of mice with primary tumors in the breast. The increased activation of the signaling molecule Smad2 and the increased secretion of TGFβ2 resulted in the increased invasion and heightened levels of cell-cycle regulator p27 in the cancer cells that sustained the dormant cellular state.

“The existence of highly invasive but nonproliferative [cancer] cells raises the question whether treating cancers with chemotherapy drugs that target proliferative cells, will eliminate the dormant and very invasive cancer cells,” said Bravo-Cordero. “Our studies suggest that more selective therapeutic strategies combining treatments against both dividing cells and invasive dormant cells may be necessary to prevent metastatic disease.”

Based on the pathways that Bravo-Cordero’s team has identified in this study, they intend to explore how these pathways can be manipulated to prevent extravasation of cancer cells into metastatic organs or prolong their dormancy to prevent their reawakening into metastatic tumors.