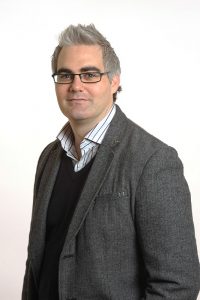 Cancers with mutations in the SF3B1 gene respond to PARP inhibitors—a type of drug used to treat cancers with mutations in the BRCA1 and BRCA2 genes,  scientists at the Queen’s University of Belfast and the University of Birmingham report in a paper published on January 13, in the journal Cancer Research, titled “Cancer-associated SF3B1 mutations confer a BRCA-like cellular phenotype and synthetic lethality to PARP inhibitors.”

Mutations in the gene SF3B1—particularly K700E, a mutation that substitutes glutamic acid(E) for lysine(K) at the gene’s 700th residue—have been detected in several types of cancers including blood cancers such as myelodysplastic syndromes, chronic lymphocytic leukemia, and some rare cancers like uveal melanoma, a cancer of the eye.  The SF3B1-K700E mutation causes DNA damage though the formation of R-loops—three-stranded RNA-DNA hybrids, stalled DNA replication forks and defective recombination and repair.

SF3B1 is a key component of a multi-protein complex called the spliceosome that connects protein coding segments of thousands of genes including genes that mount cellular responses to DNA damage.

In cell line and animal studies, the research team found that tumors with the SF3B1-K700E mutation respond to pharmaceuticals that inhibit the enzyme poly ADP ribose polymerase (PARP) which could therefore be used to treat patients with tumors carrying the defective SF3B1 gene. PARP inhibitors—which include olaparib and rucaparib—are used to treat patients with ovarian, breast, prostate and pancreatic cancers who have inherited mutations in the genes BRCA1 or BRCA2.

The authors show mutations that result in the depletion of SF3B1 are epistatic with the loss of BRCA1, which indicates that the cellular effects of mutations in the SF3B1 gene are dependent on the presence of mutations of BRCA1.

Kienan Savage, MD, PhD, reader at the Patrick G Johnson Centre for Cancer Research at Queen’s University of Belfast and corresponding author of the paper said, “Our findings have clinical implications for the treatment of many cancers. We specifically focused on this genetic mutation as it is found in several difficult-to-treat leukemias and other cancers, and it affects so many cancer patients. By deepening our understanding of this gene mutation, we have identified new ways of treating these cancers that could improve survival rates.”

Savage and his team show cancer-associated mutations in SF3B1 generate a BRCA-like cellular phenotype—damaging DNA, preventing DNA repair, and stopping DNA from making normal copies of itself. This increases the sensitivity of cells bearing mutations in SF3B1 to DNA damaging agents including ionizing radiation and a variety of chemotherapeutic agents, including PARP inhibitors. PARP inhibitors target the cell’s DNA repair tools by locking them in place on the DNA. This stops DNA repair, causing the cancer cells to die.

“Our research shows that cancers with these specific mutations, may be treated effectively with PARP inhibitor therapy drugs, which are less toxic, better at killing cancer cells with these mutations and can be taken at home in tablet form. This could have huge implications for improving outcomes and quality of life of people with these cancers,” said Katrina Lappin, PhD, researcher at Queen’s and first author of the study said.

“This work will pave the way for clinical trials using PARP inhibitors for the treatment of patients with this commonly associated cancer mutation, allowing a more personalized approach to the treatment of these cancers,” Lappin added.

Grant Stewart, PhD, professor at the University of Birmingham and a senior author on the paper said, “Our work demonstrates that a molecular understanding of how a specific gene mutation affects a cancer cell’s ability to repair damaged DNA can be exploited clinically to specifically tailor the anti-cancer therapy used to treat an individual’s tumor. This will increase the effectiveness of the therapy and hopefully, reduce the chances of re-occurrence.”

“It’s really exciting to hear about a new mutation, which behaves like the BRCA1 mutation and could in the future be treated in the same way. With PARP inhibitors already widely available, there is huge potential to help people with some of the rarest and most difficult-to-treat cancers known to us,” said Michelle Mitchell, chief executive of Cancer Research U.K.. “Over the past two decades, PARP inhibitors have saved thousands of lives worldwide, and it will be interesting to see if this research in the future could lead to a similar impact for people with rarer cancers.”

The team plans to test PARP inhibitors in clinical trials on patients who have the SF3B1 mutation to garner evidence that it can stop such cancers from spreading.

The post Breast Cancer Drugs Can Be Repurposed for Cancers with Splice Mutation appeared first on GEN - Genetic Engineering and Biotechnology News.