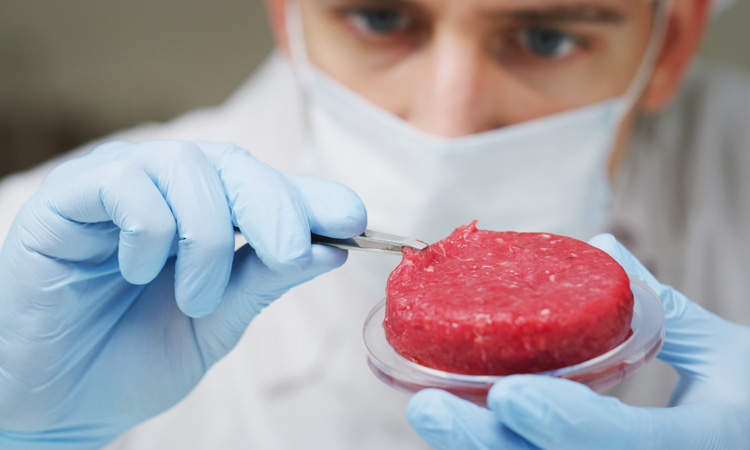 As an emerging food technology, one of the main challenges cultured meat faces is said to be consumer acceptance, which this study suggests is combated through providing sufficient information.

If people are properly informed about cultured meat, most are willing to pay nearly 40 percent more for it than for ‘regular meat’, according to research from Maastricht University (UM), where Professor Mark Post created the “world’s first lab-grown hamburger” in 2013. Now at UM, a study has been conducted on consumer acceptance in which participants were able to sample meat labelled as grown in the lab.

To gain a better understanding of the drivers behind consumer acceptance and the sensory perception of in vitro meat, UM scientists held a tasting for 193 people from the Netherlands. They were invited to taste meat, so they did not know about the possibility of being offered cultured meat beforehand.

Divided by gender and into three age groups, participants were presented with information on the quality and taste of cultured meat, and on the social or personal benefits. The subjects then completed a questionnaire and were offered two pieces of hamburger, one labelled ‘conventional’ and the other labelled ‘cultured’. In reality, however, both were ‘regular burgers’.

Despite the absence of any objective difference, the participants rated the flavour of the ‘cultured’ hamburger as better than that of the ‘ordinary’ one. In fact, 58 percent of the respondents said they would be prepared to pay a premium for cultured meat at an average of 37 percent on top of the price of ordinary meat.

“This study confirms that cultured meat is acceptable to consumers if sufficient information is provided and the benefits are clear,” said Prof Post. “This has also led to increased acceptance in recent years. The study also shows that consumers will eat cultured meat if they are served it.”

UM-researcher Nathalie Rolland added: “I was surprised by the results of the study and the participants’ acceptance level. This study shows the importance of reliable and accessible information for consumers. Interestingly, all participants were willing to eat a piece of meat they believed to be cultured. That is a step further than just verbally accepting.”